While the country awaits the outcome of Brett Kavanaugh's nomination to the United States Supreme Court (SCOTUS), the court itself convened October 1st for its 2018-2019 term. 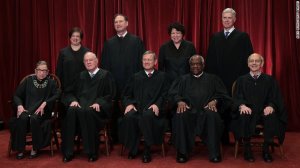 Status
Kavanaugh, or Trump's ultimate nominee, will replace Justice Anthony Kennedy, who retired from the bench in June.

Until a replacement is confirmed, the court is back to eight, ideologically split Justices. The four conservatives include Samuel Alito, Neil Gorsuch, Chief Justice John Roberts and Clarence Thomas.

At Stake
Although Kennedy was one of five conservatives on the court, he often served as the crucial swing vote in siding with the four liberal justices on key cases like legalization of gay marriage. 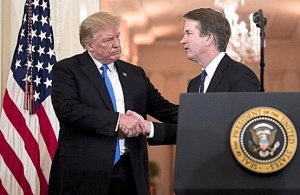 The next appointment, likely to be far right of Kennedy, will therefore cement the conservative majority and decide the ideological direction of the Supreme Court for the next several decades.

The new Justice, however, will only be able to vote on cases he or she has heard once confirmed. In the interim, current cases will be adjudicated before the eight Justices. In cases of a 4-4 split decision, the ruling of the lower court is binding.

The timing, therefore, is critical to the outcome of key cases before the court this term, which relate to partisan gerrymandering, LGBT employment rights, environmental protections, healthcare, taxation, and deportation protection for undocumented immigrants brought to the USA as children.

Scenarios
If Kavanaugh is voted down this week, consideration of a new nominee would be delayed until after the election or seating of the new Congress on January 4th, when Democrats may have control of the Senate, and therefore, the votes.

With a simple majority of the vote, Democrats could conceivably hold up a vote on any Trump nominee until after the 2020 presidential election, with the hopes of having one of their own in the White House.

In 2016, the Republican-controlled Senate held up then-President Obama's nomination of Judge Merrick Garland until after the November presidential, when Trump could pick a nominee. 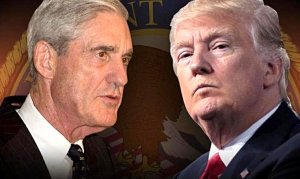 More immediately, If Democrats can defeat or delay a vote on a second nominee long enough to see the end of the Mueller Investigation, and a potential indictment of the President, Trump's fate would likely rest in the hands of SCOTUS.

Now 16 months in process, there are signs Mueller's investigation may be winding down. The downsizing of
recent staff experts, and the close of the case against convicted Trump Campaign Chair Paul Manfort, who is now cooperating with Mueller, may mean the end is in sight.

If President Trump is charged with a crime, he would be tried in a US District Court, appealed to the US Circuit Court of Appeals and then to the US Supreme Court.

It would be an historic trial on the scope of executive powers, including whether a president can be criminally tried and indicted while in office, and if he has the power to pardon himself and/or his family. 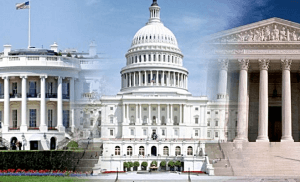 If Kavanaugh or another conservative nominee is confirmed before the Mueller investigation is over, then Trump's case would go before a 5-4 conservative majority, more likely to rule in the President's favor.

If the Mueller investigation, and subsequent indictments, conclude before a new Justice is confirmed, then Trump's case would go before a split 4-4 court, causing a Circuit Court conviction to be upheld.

One vote - at the ballot box and on the High Court - makes a difference.

Voter Deadlines: DemDaily: Democracy On The Ballot 9/25/18
Are You Registered? iwillvote.com