The Supreme Court of the United States (SCOTUS) this week sidestepped a Second Amendment ruling, sending a New York City gun law case back to the lower courts, and delivering a blow to gun rights advocates and the Trump administration.

New York State Rifle & Pistol Association Inc. v. City of New York, which was argued before the high court last December, challenges New York City's restrictions on handgun owners from removing a handgun from the licensed address, except to travel to nearby authorized small arms ranges or shooting clubs.

It was the first firearms case the court had agreed to hear since 2010, and the first since President Donald Trump's appointment of two conservative justices to the high court. 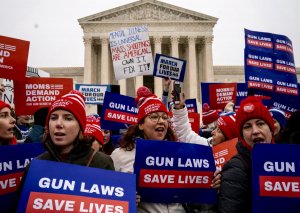 The 6-3 decision was based on the fact that, after the justices agreed to hear the dispute, the New York City law at issue was changed, lifting the restrictions and rendering the challenge moot.

Trump appointee Justice Brett Kavanaugh concurred with the majority in sending the case back to the lower court, but issued a short opinion siding, in part, with the dissenters.

In the opinion, Kavanaugh indicating that he shared the concern, expressed by Justice Samuel Alito, "that some federal and state courts may not be properly applying" SCOTUS' 2008 decision which held "that the Second Amendment protects the right of ordinary Americans to keep and bear arms." 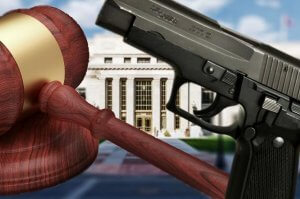 While Monday's ruling is a victory for gun control advocates, it is likely a short reprieve, as there at ten other cases on the docket involving firearms restrictions and the reach of the Second Amendment. The justices are scheduled to meet via teleconference this Friday to start review of those cases and others before the court.

Among the pending firearms cases are two involving assault weapons bans in Massachusetts and Cook County, Illinois, as well as challenges to concealed-carry laws in New Jersey, Massachusetts, Maryland and Illinois, which raise the question of whether the Second Amendment protects the right to carry outside the home. Also scheduled to be discussed by the justices is a battle over a California law that requires handguns to meet certain design requirements. 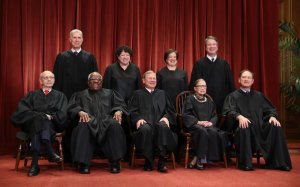 Those related directly to President Donald Trump include the authority of several US House Committees, and of a state District Attorney, to issue subpoenas for the President's personal and business financial records.

All decisions by the Supreme Court will be handed down by late June, just four months before the 2020 election.

August 18, 2020 Last night kicked off “Uniting America,” our country’s first virtual convention with a blending of performances, speeches and inspirational messages that...