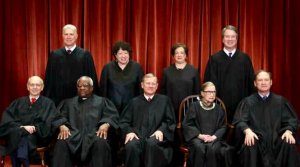 The Supreme Court of the United States (SCOTUS) began its 2019-2020 term this week, with a number of controversial cases about abortion, immigration, gun control and the first major LGBT rights issue before the court since their landmark decision in 2015 making same-sex marriage legal.

Status
A year ago the confirmation of Justice Brett Kavanaugh to the court cemented its conservative majority and what could be the ideological direction of the Supreme Court for the next several decades.

SCOTUS convened October 1st for the 2019-2020 term, which will end next June when a majority of its decisions will be released.

On The Docket
* Monday's first case was a Kansas death penalty case, Kahler v Kansas, regarding whether states can abolish an insanity defense for criminal defendants.

* Also heard, in Ramos v. Louisiana, whether the Sixth Amendment applies to state courts, that is, whether juries can convict criminals without a unanimous verdict. Louisiana is one of two US states, along with Oregon, which allow non-unanimous criminal convictions. 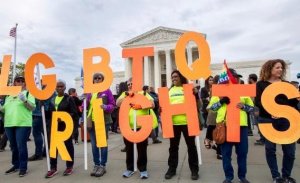 * On Tuesday the court heard oral arguments in a trio of high-profile LBGT civil-rights cases. Bostock v. Clayton County and Georgia and Altitude Express, Inc. v. Zarda, argued together, asked whether Title VII of the Civil Rights Act of 1964, which prohibits employment discrimination "because of ... sex," covers discrimination based on sexual orientation and identity.

* On November 12th, in Department of Homeland Security v. Regents of the University of California,
the court is scheduled to settle the fate of the Deferred Action for Childhood Arrivals (DACA) program.

Lower courts have blocked Trump's Department of Homeland Security (DHS) from ending the Obama-era program, which has protected from deportation 700,000+ young undocumented immigrants who came to the United States as children.

* On December 2nd, the court will hear a Second Amendment challenge to New York City's restrictions on handgun owners from removing a handgun from the licensed address, except to travel to nearby authorized small arms ranges or shooting clubs. New York State Rifle & Pistol Association Inc. v. City of New York is the first firearms case the court has agreed to hear since 2010. 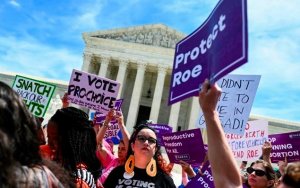 * This winter, in June Medical Services v. Gee, SCOTUS will take up a challenge to a Louisiana law that would force abortion providers to have admitting privileges at local hospitals. The case is nearly identical to requirements under Texas' House Bill 2 that the previous, less conservative Supreme Court struck down three years ago as constituting an undue burden on abortion.

*Also to be scheduled this winter, is a challenge to a Montana regulation that excluded religiously affiliated private schools from a student aid program that is available to secular organizations. In Espinoza v. Montana Department of Revenue, the plaintiffs argue that excluding them from receiving scholarship funds violates their constitutional rights under the federal Religion and Equal Protection Clauses.

* Last week, a group of fossil fuel companies, including BP, Exxon, Shell and Chevron, filed an appeal to SCOTUS to stay a climate liability suit brought against them by the City of Baltimore -- hours after the Fourth Circuit Court of Appeals declined to do so. The suit has progressed further than any of the climate liability suits filed by communities across the country.

Trump and the Court
There are a number of scenarios where POTUS and SCOTUS, now with two Trump appointees on the court, could interact this term. 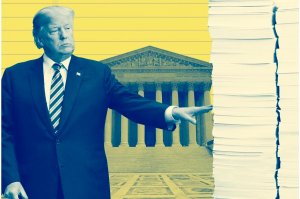 Aside from Trump's ongoing legal challenges already making their way through the lower courts, there is the matter of the likely impeachment of the President in the coming months.

Should the US House impeach Trump, then his case goes to a Senate trial, which would be overseen by Chief Justice John Roberts.

Should the President leave office before the end of his term, and become eligible for indictment and charged with a crime, he would be tried in a US District Court, appealed to the US Circuit Court of Appeals and then to the US Supreme Court.

Whether this year or next, we are assured the High Court's decisions will be handed down by late June, four months before the 2020 election.

July 19, 2021 Permanent protections for Dreamers were set back on Friday as a federal judge ruled that President Barack Obama overstepped his executive authority when he created the Deferred...

January 21, 2022 It has been a historically challenging first year for President Joseph Biden. He inherited an ongoing global pandemic, economic turmoil, a climate crisis, a 20-year war, and a...