Several key decisions are expected in the coming weeks as the Supreme Court of the United States (SCOTUS) prepares to end its 2019-2020 term.

The high court normally sits in May and June only to announce orders and opinions but, with the interruptions to the schedule caused by the coronavirus crisis, more than 20 cases still remain on the docket. 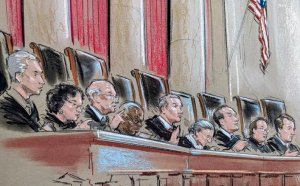 In May, for the first time in its 230-year history, SCOTUS started hearing oral arguments by teleconference and broadcasting them live (drawing: Bill Hennessy)

The larger disruption to SCOTUS' schedule, however, also means opinions on some of the high court's most controversial cases may be released as late July on issues such as LGBT rights, the Deferred Action for Childhood Arrivals immigration program, abortion and President Donald Trump's financial documents.

The decisions also come after the court's hardline conservative majority was solidified with the appointment of Associate Justice Brett Kavanaugh in 2018, laying the ground for rulings that could significantly disrupt the political landscape just four months prior to the 2020 presidential election.

On The Docket
Among the major cases pending decisions:

Reproductive Rights
June Medical Services LLC v. Russo centers on a Louisiana law that requires abortion doctors to have admitting privileges at a hospital near the clinic where they perform abortions.

The law is what abortion rights advocates refer to as "targeted restrictions on abortion providers," or TRAP laws, which appear to aim at making abortions safer, but are actually focused on dismantling abortion clinics. 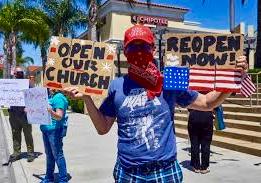 In a win for public safety, SCOTUS rejected a request from a California church to block the state's COVID-related limitations on attendance at religious services

In cases that also involves the religious right, Trump v. Pennsylvania and debate the validity of Trump administration rules that would allow employers with sincerely held moral or religious objections to deny their employees access to free contraceptive coverage.

In another involving religion, the question is whether the state of Montana is obligated to reinstate a scholarship program for private school students, and to permit students at religious schools to obtain these scholarships. Espinoza v. Montana Department of Revenue could also potentially strike down a state constitutional provision prohibiting the state from making public funds available to religious institutions.

LGBTQ Rights
Three potentially historic LGBTQ rights challenge the interpretation of Title VII of the Civil Rights Act of 1964 which prohibits employment discrimination that occurs "because of [an employee's] race, color, religion, sex, or national origin." 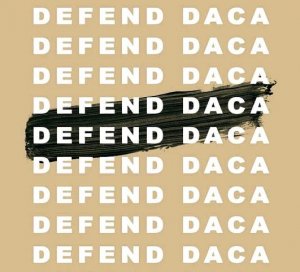 DACA
At issue in the Department of Homeland Security v University of California, is whether the Trump administration completed the appropriate paperwork when it decided to wind down DACA.

The Deferred Action for Childhood Arrivals immigration program is an Obama era initiative that allows 700,000 undocumented immigrants brought to the United States as children to live and work in the country.

Although three lower courts held that the Department of Homeland Security's written justification for ending DACA were not adequate, the Supreme Court agreed to hear the case. At risk is the future, and fear of deportation, of hundreds of thousands of immigrants.

Trump
Cases related directly to President Donald Trump include Trump v. Mazars and Trump v. Deutsche Bank, which address the authority of several US House Committees, and of a state District Attorney, to issue subpoenas for the President's personal and business financial records.

In the debate over subpoena power, the requests were made as a part of various investigations, including whether there are "any links and/or coordination between the Russian government, or related foreign actors, and individuals associated with Donald Trump's campaign, transition, administration, or business interests, in furtherance of the Russian government's interests." 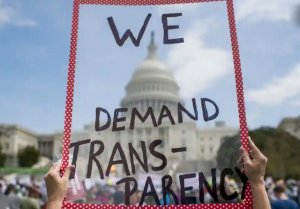 A ruling in Trump's favor could give the President sweeping immunity from congressional oversight.

On May 20th, in a separate case, the Supreme Court temporarily blocked the release of former special counsel Robert Mueller's redacted grand jury material to the Democratic-led House of Representatives.

SCOTUS gave the Department of Justice until June 1 to file a formal appeal of the March ruling from the D.C. Circuit Court of Appeals, which ruled the administration must hand over the materials to the House Judiciary Committee initially requested as part of the House impeachment inquiry into President Trump.

Another pending decision concern whether members of the Electoral College, who cast the actual votes for president in December, are considered "faithless electors" or free agents, or are they required to vote for the winner of the popular vote in their states.

Yet another concerns whether states have prosecutorial jurisdiction over crimes that occur within the boundaries of Indian reservations. 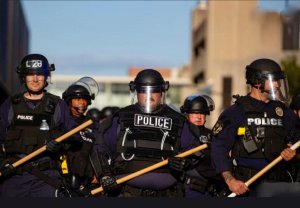 Still in question is whether the Supreme Court will take up its first major Second Amendment case in nearly a decade, positioning the court to override state laws established to limit the availability and accessibility of some firearms and when they can be carried in public.

In the most recent development, amid the nationwide protest over police killings, the Supreme Court is also considering taking up legal immunity for police conduct, a legal doctrine that has shielded police and other government officials from lawsuits over their conduct.

According to Constitution Daily, "[a] series of petitions for review pending in the court challenge the underpinnings of the doctrine, and a number of cross-ideological organizations are telling the Justices that it is long past time to correct" it.