The Supreme Court of the United States (SCOTUS) opened its 2021-2022 term Monday, with a highly charged docket stacked with cases reflecting the hot button issues of concern to Americans today.

The cases accepted before the court, including voting, abortion, guns, separation of church and state, and affirmative action, were determined by the High Court's new 6-3 conservative supermajority, which includes three justices appointed by former President Donald Trump. 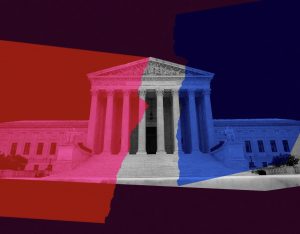 Most of the cases the Supreme Court hears are appeals from lower courts that come in the form of a Writ of Certiorari, or petition, to review a decision.

Of the up to 7,000 cases that the court is asked to review, it usually only accepts those that could have national significance, might harmonize conflicting decisions in the federal Circuit courts, and/or could have precedential value.

In recent years, the court's conservative majority has also dramatically increased use of the shadow docket, an obscure legal procedure intended only for emergencies. Decisions are made on an accelerated timeline and without providing signed opinions or detailed explanations. Under the Trump administration, the government filed shadow docket applications at 20 times the rate of previous administrations.

To get on the shadow docket, any litigant can apply to a single justice, who decides whether to forward the dispute to the full court. Five votes among the nine justices are needed to grant a request. No oral arguments are made but opposing attorneys can file briefs in opposition. To be granted, the request must meet certain criteria, including that the applicants would suffer “irreparable harm” if it is not granted.

On September 1, 2021, by a 5-4 vote, SCOTUS denied an emergency request by a McAllen women's healthcare clinic to block enforcement of Texas' "Heartbeat Bill," which prohibits abortion as soon as cardiac activity is detectable, usually around six weeks, and which allows no exceptions for rape or incest.

SCOTUS' midnight, shadow docket decision in Whole Woman's Health v. Jackson, referred by Justice Samuel Alito, allowed the most restrictive abortion ban in the country to stay in effect. In a strategic legal maneuver, the law allows everyday citizens to police and sue their neighbors for just suspecting violation of the statute.

On the heels of that decision, SCOTUS is receiving its highest disapproval rating since Gallop first started tracking the court in 2000. In a September 1-17, 2021 survey (MOE +/- 4%), 53% of respondents disapproved of the Court's performance, with a new high of 37% say SCOTUS is too conservative. The approval rate was 40%, down from 49% in July.

Four of the most high-profile cases have been scheduled for arguments in the next two months.

At Issue: Whether to reinstate Dzhokhar Tsarnaev’s capital sentences that the US Court of Appeals for the 1st Circuit vacated in 2020 on the grounds that the district court erred in 1) not asking each prospective juror during voir dire for a specific accounting of their exposure to pretrial media coverage; and (2) by excluding evidence that Tsarnaev’s older brother and co-conspirator, was involved in a separate triple murder.

Dzhokhar Tsarnaev was sentenced to death in 2015 for his role in the 2013 Boston Marathon bombing that killed three people and injured hundreds of others. His brother, Tamerlan Tsarnaev, was killed in a police shootout. Although the Court of Appeals threw out Dzhokhar's death sentence, he remains in prison on several life sentences stemming from other charges.

At Issue: Whether the state of New York's denial of petitioners' applications for concealed-carry licenses for self-defense violated the Second Amendment.

This is the first substantial case involving gun laws since 2008 when the court ruled for the first time that people have a constitutional right to have a gun in their homes for self-defense. It challenges the meaning of "right to bear arms" under the Second Amendment.

The current case was brought by gun owners and gun-rights advocacy against a New York law that requires a person who wants to carry a gun outside the home to get a special license after showing that there is a "proper cause," or need for carrying the gun. The U.S. Court of Appeals for the 2nd Circuit upheld the New York law. 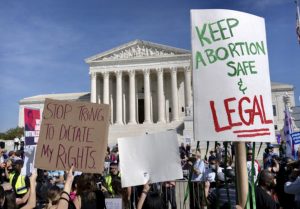 At Issue: Whether all pre-viability prohibitions on elective abortions are unconstitutional.

Lawyers for Jackson Women's Health Organization are asking the Supreme Court to invalidate Mississippi's 15-week abortion ban as unconstitutional. A federal district court agreed with the clinic, and the U.S. Court of Appeals for the 5th Circuit upheld that decision.

The state of Mississippi is using the case to make a direct challenge to the Supreme Court's landmark 1973 decision in Roe v. Wade, which legalized abortion nationwide prior to viability, at around 24 weeks of pregnancy.

Under Roe, which has been affirmed and reaffirmed by the high court over the last 50 years, states may still regulate abortion in the third trimester of pregnancy. 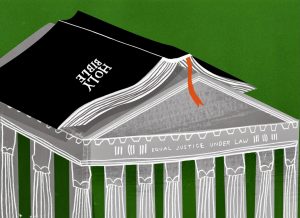 At Issue: Whether a state violates the religion clauses or equal protection clause of the United States Constitution by prohibiting students participating in an otherwise generally available student-aid program from choosing to use their aid to attend schools that provide religious, or “sectarian,” instruction.

The case was brought by two sets of parents who were excluded from a Maine tuition assistance program because the families wanted to use the money at Christian schools that the state has labeled “sectarian,” and did not qualify for funding.

The parents argued in federal court that their exclusion from the program violated their constitutional rights, including their rights to exercise their religion. The U.S. Court of Appeals for the 1st Circuit upheld the Maine program, reasoning that the exclusion of religious schools hinged on whether the money was used for religious instruction and to proselytize, rather than simply on whether the school was religious.

The justices were together on Monday in the courtroom for the first time in the 18 months since the pandemic began. Only Justice Kavanaugh, who tested positive for COVID-19 last week, participated remotely.