In the last week, the Supreme Court of the United States (SCOTUS) announced three major decisions in a series of rulings expected to roll out in the coming weeks as the High Court enters the final phase of its 2020-2021 term. 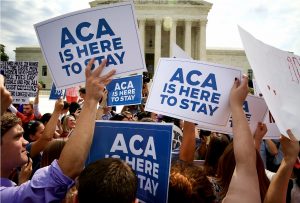 The question in California v. Texas, argued on November 10, 2020, was whether the Affordable Care Act's individual mandate was unconstitutional and therefore invalidated the entire legislation.

SCOTUS held in a 7 to 2 opinion that the states and individuals that brought the lawsuit challenging the ACA's individual mandate do not have standing to challenge the law.

The ruling did not address the merits of the challenge -- whether the bulk of the law could stand without a provision that initially required most Americans to obtain insurance or pay a penalty. Rather, the justices ruled procedurally that Texas, 17 other Republican-led states and two individuals who brought the case, had not suffered the sort of direct, "traceable" injury that gave them standing to sue. 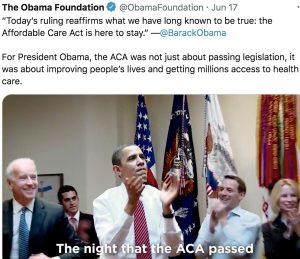 Obama on the ACA (click/watch)

Writing for the majority, Justice Stephen Breyer wrote, therefore, that the plaintiff "failed to show that they have standing to attack as unconstitutional the Act's minimum essential coverage provision." Conservative Justices Samuel Alito and Neil Gorsuch dissented.

Religious Rights v Protection from Discrimination
In a decision hailed by conservatives as a win for religious freedom over LGBTQ rights, SCOTUS ruled that the city of Philadelphia violated the First Amendment free-exercise-of-religion rights of a Catholic social services (CSS) agency by refusing to refer children for foster care placements due to the agency's refusal to screen same-sex couples.

The Court's unanimous decision in Fulton v. City of Philadelphia, originally argued on November 4, 2020, was a technical one focused more on the interpretation of the text of the city's ordinances rather than the constitutionality of the actions at hand. 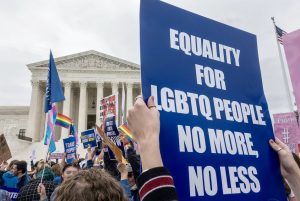 The Court ruled the city's ordinance forbidding interference with the "public accommodations opportunities" of an individual or otherwise discriminating against that individual, including because of "sexual orientation," did not apply to foster care.

Similarly, while the city's foster care contract provides that no one may be rejected as a potential foster parent because of their sexual orientation, the provision stating "unless an exception is granted by the Commissioner [of Human Services] or the Commissioner's designee" provides CSS with heightened protections that it would not have if the contract simply banned discrimination outright.

Given the nature of the ruling, it is unclear what larger implications the decision will have on future sexual orientation discrimination cases.

SCOTUS Backs Student Athletes
This morning, SCOTUS released its unanimous decision in National Collegiate Athletic Assn. v. Alston, ruling in favor of student athletes and their ability to accept education-related payments and benefits, while also shining a light on the association's monopoly of college sports. 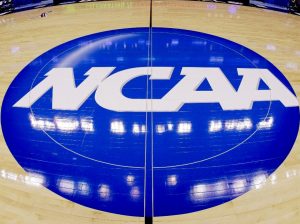 The Court's opinion, written by Justice Neil Gorsuch, upheld a district court judge's decision that the NCAA was violating antitrust law by placing limits on the education-related benefits that schools can provide to athletes. The decision allows schools to provide their athletes with unlimited compensation as long as it is in some way connected to their education.

The NCAA had argued that the payments were a threat to amateurism and that barring them did not violate the antitrust laws.

Although the decision by the justices did not address the larger issue of whether the amateur athletes may earn additional money from their names, images and likenesses, it opens the door for future legal challenges on the embattled issue.

Shawne Alston, a former West Virginia University running back and the lead plaintiff in the case, claims that he and other athletes had been exploited by the NCAA, which bans paying athletes for their participation in sports that bring billions of dollars in revenue to American colleges and universities.

In the last two years, 19 states have passed legislation that will allow athletes to start making money from third-party endorsements, and members of Congress are currently debating at least a half-dozen bills aimed at reforming the NCAA. 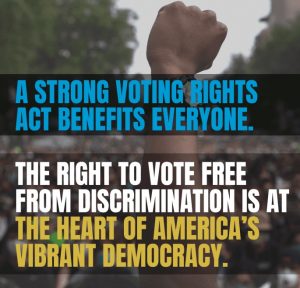 Next Up
Over the course of a full term, the Court hears more than 60 cases, and announces a majority of its decisions in June. The court has yet to issue opinions on 12 remaining cases, including:

Related
DemDaily: What is Packing The Court? 4/13/21
DemDaily: Decisions on The Docket 4/6/21
SCOTUS Rulings: June Decisions

October 18, 2021 Among the many unforeseen consequences of the coronavirus pandemic has been the collective impact of consumer spending, labor shortages and clogs in transportation that has...