The Supreme Court of the United States (SCOTUS) announced another rollout of decisions this morning, among the final of its 2020-2021 term.

The rulings follow a week of announcements on cases, including those involving LGBTQ rights, free speech, property rights, police authority and eminent domain. Two of the most anticipated decisions -- on contribution disclosures and voting rights -- are still pending. 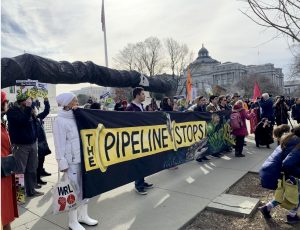 Decisions Announced June 29, 2021
In PennEast Pipeline Co. v. New Jersey, the Court ruled 5-4 in favor of a consortium of energy companies, affirming their right to seize land owned by New Jersey to build a $1 billion natural gas pipeline despite the state's objections.

Specifically, SCOTUS ruled that a 1938 US law called the Natural Gas Act can be applied to state-owned land. The law lets private energy companies seize "necessary" parcels of land for a project if they have obtained a certificate from the Federal Energy Regulatory Commission (FERC).

The law effectively gives private companies the power of eminent domain in which government entities can take property in return for compensation.

Johnson v. Guzman Chavez concerned the Immigration and Nationality Act of 1952 and the statutory authority under which the government detains immigrants seeking to overturn deportation after a reinstated removal order. More specifically, it addressed the right of certain noncitizens to be released on bond while they are in the process of removal from the United States.

In a 6-3 decision, the Court decided that such immigrants are governed by 8 U. S. C. §1231, which means they cannot seek bond release and are subject to mandatory detention pending deportation proceedings. 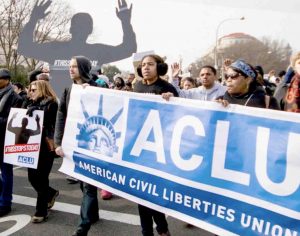 Decisions Announced June 28, 2021
In Lombardo v. St. Louis, SCOTUS revived a lawsuit filed by the parents of a homeless man who died in police custody in Missouri. The suit accused officers of using excessive force in the moments before their son died handcuffed and shackled in a cell.

Because it is unclear whether the Eighth Circuit incorrectly thought "the use of a prone restraint is per se constitutional so long as an individual appears to resist officers' efforts to subdue him," the justices vacated the Eighth Circuit's judgment and remanded the case to the lower court to employ the careful, context-specific analysis required by this Court's excessive force precedent.

Property rights were at issue in Pakdel v. City and County of San Francisco. After petitioners Peyman Pakdel and Sima Chegini purchased a tenancy-in-common interest in a six-unit building in San Francisco and rented one unit, the city and county revised the condominium conversion ordinance to require converters to offer a lifetime lease to any tenants. The city twice denied the couple's requests for an exemption, but the US Court of Appeals for the 9th Circuit held that decision was not final and subject to federal suit because Pakdel and Chegini had not exhausted available administrative remedies. 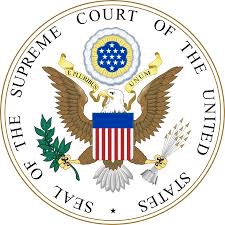 In a unanimous decision, the Court held for the property owners that the challenged policy need only be a "de facto final" decision, and that property owners are not required to exhaust all possible state bureaucratic procedures before filing a federal takings case.

Decisions Announced June 25, 2021
In TransUnion LLC v. Ramirez, SCOTUS voted 5-4 to narrow the scope of a class action lawsuit against TransUnion in which thousands of people sought damages after the giant credit reporting company flagged their names as matching some on a government list of suspected terrorists and drug traffickers.

The Court ruled that roughly 1,800 people whose personal information was given to someone else have a legal right to sue on their claim that TransUnion failed to follow proper procedures, but about 6,000 other people did not qualify. The ruling is considered a victory for TransUnion and for business more broadly because it is likely to limit further class-action lawsuits under consumer protection laws.

In a 6-3 decision in Holly Frontier Cheyenne Refining, LLC v. Renewable Fuels Association, SCOTUS found that a small refinery that previously received a hardship exemption may obtain an "extension" even if it saw a lapse in exemption coverage in a previous year. 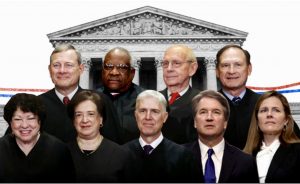 In Yellen v. Confederated Tribes of Chehalis Reservation, Indian tribal governments in the lower 48 states sued to challenge the government's decision to allocate $450 million in COVID relief aid under the CARES Act to Alaska Native corporations -- arguing those funds are intended only for recognized "Indian tribes" under the 1975 Indian Self-Determination and Education Assistance Act.

In a 6-3 decision, SCOTUS disagreed with the tribes' interpretation of the law and ruled that "ANCs," which are for-profit businesses that serve tribal villages in Alaska, "are Indian tribes, regardless of whether they are also federally recognized tribes," and are therefore eligible for the funds.

Decisions Announced June 23, 2021
In Lange v. California, a case involving a California motorist chased home by an officer for honking his horn while listening to music, the Court found that police do not have unlimited authority to enter a home without a warrant when pursuing a person suspected of a minor crime. 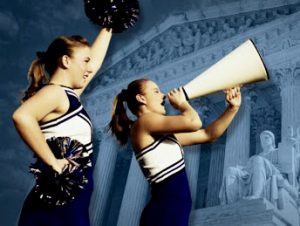 In Mahanoy Area School District v. B.L., the Court ruled in favor of a Pennsylvania teenager who sued after a profanity-laced social media post got her banished from her high school's cheerleading squad. In the 8-1 decision, the justices found the public school's decision to suspend student Brandi Levy, who posted outside of school hours and away from the school's campus, violated her First Amendment right to free speech.

The Court, however, declined to outright bar public schools from regulating off-campus speech, saying the First Amendment limits but does not entirely prohibit regulation in all circumstances.

In Cedar Point Nursery v. Hassid, the Court ruled that a California regulation that permits union organizers to enter the property of agricultural businesses to talk with employees about supporting a union is unconstitutional. By a vote of 6-3, the court agreed with the two businesses challenging the regulation that the rule violates the Fifth Amendment, which bars the government from taking private property without compensation. The ruling was a major victory for property rights advocates and a setback for unions. 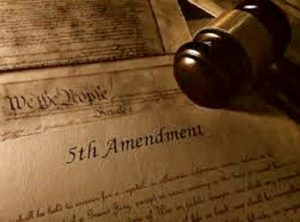 In a 7-2 decision in Collins v. Yellen, a case about the extent of the President's removal powers and control of independent federal agencies, the court held that restrictions on the President's authority to remove the director of the Federal Housing Finance Agency (FHFA) violated the separation of powers. The court also rejected the argument that the FHFA exceeded its authority as conservator of Fannie Mae and Freddie Mac, the government-sponsored corporations that deal in mortgages.

The ruling freed President Joe Biden to immediately fire the head of the Federal Housing Finance Agency (FHFA), who had been appointed by his predecessor Donald Trump.