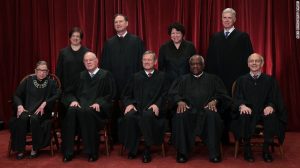 The United States Supreme Court (SCOTUS) convened October 2nd, with a full docket that could have dire consequences on everything from religious liberty, voting rights and gerrymandering, to immigration and search and seizure, to a pivotal case for public employee unions.

With the addition of Trump appointee Neil Gorsuch in April, the court is back to a full nine Justices -- and a tie-breaking vote that could overturn key legal precedences.

Ideologically, there are four liberals on the court, and Gorsuch brought to five the number of conservatives, with the more moderate Justice Kennedy often serving as a swing vote.

"There is only one prediction that is entirely safe about the upcoming term, and that is it will be momentous"  - Justice Ruth Bader Ginsburg

Among the cases that could prove most devastating to labor is Janus v. American Federation of State, County, and Municipal Employees (AFSCME), Council 31.

At Issue: Does requiring a public-sector employee to, as a condition of employment, join or pay "agency" fees to a union, violate that employee's First Amendment right to free speech? 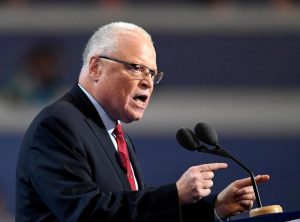 On the Books
Current Law is dictated by the Supreme Court's 1977 Abood v. Detroit Board of Education decision, which ruled it is legal for state and local governments to require public-sector workers to pay union fees as a condition of government employment, even if those workers are not union members.

The Court ruled that mandatory fees were permissible as "fair share" payments for cost of the union's collective bargaining efforts - that benefits all public employees, including non-union members.

To rule in favor of Janus would require overturning the Abood case and declaring mandatory public-sector union fees unconstitutional.

The Case
Mark Janus, an Illinois state employee, objects to the mandatory fees, arguing that, by contributing to the union, the state is forcing him to support political speech and activism that he does not wish to support.

Although the fees before the court cannot be used for politics and lobbying, Janus contends it is still financial support for an inherently political organization, made worse by the fact that the employer is the federal government.

The US Court of Appeals for the 7th Circuit rejected Janus' challenge to Abood, deferring to the US Supreme Court's jursidiction, which has agreed to hear the case this term.

AFSCME contends that the corporate-backed Janus is another in a line of vicious legal and legislative attacks aimed at weakening workers' freedom to join a union, and their right to organize and bargain collectively for better pay and benefits.

SCOTUS tackled a similar challenge to Abood last term in the case of Friedrichs v. California Teachers Association, but after the death of Justice Antonin Scalia, the 8-member court ended in a tied 4-4 decision, therefore leaving Abood in place.

We may learn, all-too-soon, just how one vote - at the ballot box or on the High Court - can make a difference.

DemDaily: The Fight Over Right to Work 9/21/17
AFSCME, AFT, NEA and SEIU on Janus

November 13, 2017 It has been almost a week since the blue wave of victories in Virginia, New Jersey and other pockets throughout the country, but there is still one contest in the balance –...