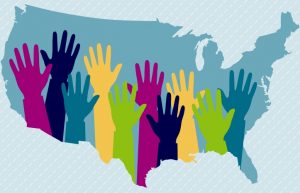 Amid the dozens of executive orders issued by President Biden to reverse the ills of the Trump administration, is the January 20th order "Ensuring a Lawful and Accurate Enumeration and Apportionment Pursuant to the Decennial Census."

The order revokes Trump's directive for federal agencies to share their citizenship records, which was meant to exclude undocumented immigrants from the US census, a change that would have weakened federal representation for diverse areas generally represented by Democrats. The order also ensures census takers enough time to obtain an accurate count of the population.

Why The Census Is Important
An accurate census count is important because it is the key to political and economic empowerment for every community across the United States. 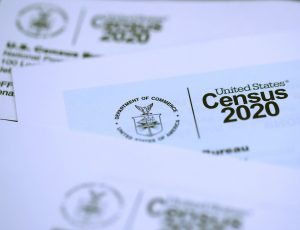 The recorded census numbers are used to redraw or "redistrict" proportionate congressional districts, which affects the makeup of Congress for the next ten years, including the number of seats and electoral college votes each state is allocated.

Inaccurate data would also affect funding decisions that are made, based on census numbers, in allocating $1.5 trillion per year in federal, state and local funds for schools, roads, child-care centers and senior centers. Funding for healthcare facilities, hospitals and programs is also directly linked to the census.

Weaponizing the Census
From the outset of his administration, Trump attempted to weaponize the normally nonpartisan, data-driven process to the advantage of his party and his policies.

Most notable was the administration's attempt to intimidate undocumented immigrants in the count by trying to add a citizenship question on the 2020 Census, claiming it was needed to address suspected voter discrimination and to enforce voting rights. 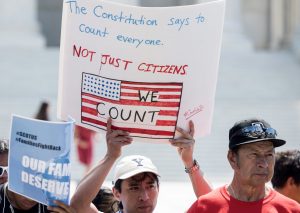 Numerous states filed lawsuits, claiming it would suppress participation by immigrants and non-citizens who would distrust the confidential use of the information provided, resulting in inaccurate data on minority communities.

In January of 2019 US District Court Judge Jesse M. Furman ruled that adding the question was an "egregious" violation of the Administrative Procedure Act, and in July of 2019 the US Supreme Court agreed, citing as "pretext" the administration's reasoning under the Voting Rights Act.

Subsequent efforts by Trump and then-Commerce Secretary Wilbur Ross, whose department oversees the Census Bureau, to exclude "aliens who are not in a lawful immigration status" were blocked by federal courts as "an unlawful exercise of the authority."

President Biden's directive shuts down the last vestiges of Trump's attempts to manipulate the census for political gain, but the former administration's actions call into question the integrity of the collection process.

Even once those figures are released, however, they still have to be narrowed to block-level data so states can draw congressional and legislative districts of equal population. Historically that process is supposed to be concluded by the end of March, but is now expected by the end of July.

Re-Routing Redistricting
The delay in the redistricting process has the ripple effect of holding up potential candidates from running for office, as they won't know where the boundaries of their districts will exist.

Two states, New Jersey and Virginia, will hold legislative races in 2021, with primaries scheduled for June, before the redistricting data will even be available.

There are 17 states that stand to gain or lose a congressional district in the reapportionment process, leaving their 2022 candidates and incumbents in limbo as to if or where they will be running less than a year before their primaries.

This is particularly challenging when trying to map out a battleground strategy for maintaining, or taking control of, the US House of Representatives, which Democrats control by just a dozen seats.

Thanks to Our Sponsor