Among the many policy forums, discussions and webinars this week is those hosted by the National Infrastructure Bank (NIB), dedicated to investments which would create at least 25 million new union jobs.

The NIB webinar, featured August 17th-19th, will include panel discussions with state and local elected officials, as well as union leaders and economic and infrastructure experts, who will be discussing a proposal for a $4 Trillion National Infrastructure Bank introduced into the U.S. Congress by Congressman Danny Davis (IL). 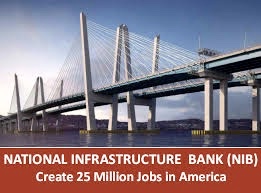 Four Panels: How the National Infrastructure Bank Works, The Impact of the NIB on State and Local Government, How the Bank Impacts Labor, and The Implication for Rural and Urban Communities. RSVP Here

The Crisis At Hand: Not only is the nation reeling under the impact and mismanagement of the COVID crisis, but the economic fallout threatens to become a runaway train. Real unemployment is running at levels not seen since the Great Depression, and more trouble looms ahead.  The autumn could witness mass bankruptcies of small and medium size businesses, deepening and increasingly permanent unemployment, mass evictions, and more economic carnage. Financial markets are zooming upward while the real economy falters, so a new huge financial crisis is in the offing.

We need a powerful economic driver which will rebuild the real industrial and manufacturing economy, and the most proven answer is a massive infrastructure program. 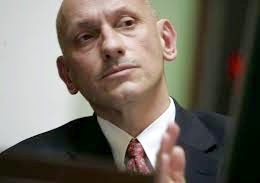 Learn more about a proven approach for financing infrastructure development our country has previously employed at the founding of our country and most recently used during our last Great Depression in the 1930's.

Join us for the discussion!

July 30, 2020  The Democratic National Convention schedule of official DNC Council and Caucus meetings is up on the DemList Convention Calendar! In addition to the meetings, and the initial...