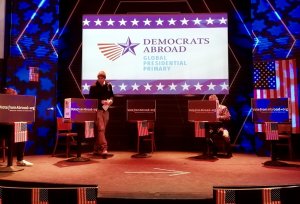 Founded in 1964, the organization is given state-level recognition by the Democratic National Committee, with eight elected DNC members, and 13 pledged delegates who will vote at the Democratic national convention July 13-16th in Milwaukee, Wisconsin. 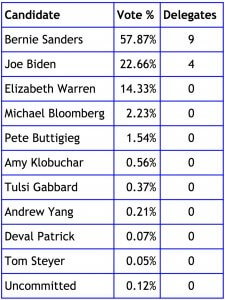 Democrats Abroad has 44 country committees throughout Europe, the Americas, the Middle East, Africa and Asia that work with US citizens overseas to help them vote in the US state where they are registered, as well as in Democrats Abroad's own global primary.

The week-long overseas vote, which kicked off Super Tuesday, coincided with an historic week in the presidential contest and in the escalation of the coronavirus crisis.

When Democrats Abroad's early vote, which accounted for 17% of the total, began February 18th, there were ten candidates on the ballot vying for the Democratic nomination.

By the time in-person voting began March 3rd in DA's 230 voting centers in 45 countries, the field had narrowed to five, and by the close of the polls March 10th, essentially down to frontrunner Sanders and Biden. 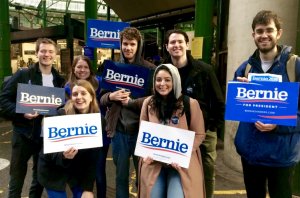 US Citizens in UK campaigning for Sanders

Despite the fact that Americans overseas were already deeply into the impact of the pandemic, turnout increased 15% over the 2016 global primary -- when Sanders defeated Clinton 69% to 31%.