US Senator Michael Bennet has declared his bid for the White House, entering an aleady crowded field of Democrats seeking the 2020 nomination.

The three-term Senator from Colorado made his announcement Thursday, on CBS This Morning.

The 54-year-old's entry into the race comes later than anticipated, due to his recent diagnosis of prostate cancer. Now two weeks after successful surgery, Bennet said, "I don't think it should keep me off the trail."

Background
Michael Farrand Bennet is one of two children born to Susan Klejman and Douglas Bennet, a former State Department official and President of Connecticut's Wesleyan University. His mother, a retired elementary school librarian, is Jewish and a Holocaust survivor who immigrated to the US from Poland in 1950. 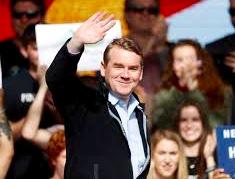 Michael grew up in Washington, DC and in 1987, earned his BA in History from Wesleyan University.

He worked for Ohio Governor Richard Celeste before earning his JD from Yale Law School. He then clerked for the 4th Circuit Court of Appeals, and went on to serve as Counsel to the US Deputy Attorney General in the Bill Clinton administration.

After moving to Denver, Colorado in 1997, Bennet worked for six years as Managing Director for the Anschutz Investment Company, and left to enter politics as Chief of Staff to Denver Mayor John Hickenlooper.

In 2005, he was selected Superintendent of Denver public schools and, as an early supporter of Barack Obama in 2008, advised him on education issues.

In January, 2009 Bennet was appointed by Governor Bill Ritter to fill the US Senate seat vacated by Ken Salazar who was tapped by President Obama for Secretary of the Interior. 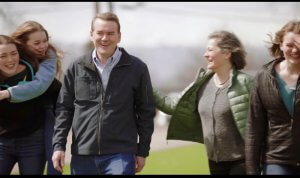 Bennet also received 31,780 more votes in the state than 2016 Democratic presidential candidate Hillary Clinton, who won the state with 48.2%, and received more votes than any other Democrat in a statewide race in Colorado history.

The Senate
Bennet serves on the Senate Committee on Agriculture, Nutrition and Forestry, the Finance Committee, and the Select Committee on Intelligence.

In the US Senate, he is best known for his work on education and immigration reform, and as a member of the so-called Gang of Eight, the bipartisan group that crafted the sweeping 2013 immigration reform bill.

Known as a thoughtful, studious lawmaker, Bennet made headlines when gave a passionate speech over the government shutdown in January, condemning President Trump for shutting down the government over his border wall, and criticizing Senate colleague Ted Cruz (R-TX) for "crocodile tears" over unpaid government workers.

During the 2014 election cycle, Bennet served as Chair of the Democratic Senatorial Campaign Committee (DSCC), a leadership position.

Against the Field
Yesterday Bennet released a campaign video titled "7,591 words," after the number of words in the Constitution, adding that "the word 'politics' is not among them." 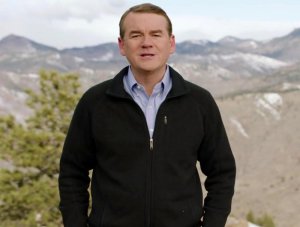 Bennet Announcement, "It is time for a new era of progress" (click/watch)

Bennet is the seventh US Senator to jump into the Democratic race and the second from Colorado, along with his former boss, former Governor John Hickenlooper. His campaign is expected to focus on education, climate change, immigration, health care and national security.

In The Wind
Montana Governor Steve Bullock is expected to announce in the next two weeks.