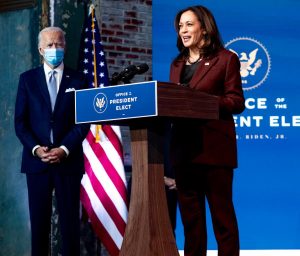 As VP, Kamala Harris will officially head the Cabinet, one with the most women and people of color in history (Boston Globe)

With the nomination of William Burns yesterday as Director of the Central Intelligence Agency (CIA), President-elect Joseph Biden rounded out his full team of Cabinet and Cabinet-level appointments.

True to his commitment to nominate a Cabinet that reflects the face of America, Biden has nominated the most racially diverse Cabinet in US history.

Among the 25 senior administration nominees, 14 are men and 11 are women.

Of those, five are African American, four are Latinx, 2 are Asian American, and one is Native American.

Biden-Harris Administration
(in order of succession) 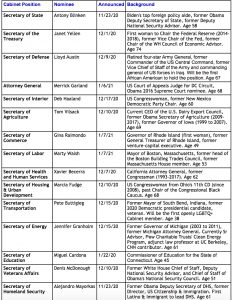 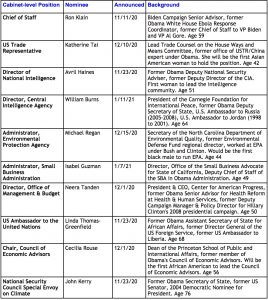 Watch Kimberly Scott's interview on Deadline DC with Brad Bannon regarding the chaos at the Capitol.