The uncertain fate of Deputy Attorney General Rod Rosenstein today refocuses attention on the swinging door of departures of senior Trump intelligence officials, and the threat that has loomed over Special Counsel Robert Mueller's Russia investigation since the President fired FBI Director James Comey last May. 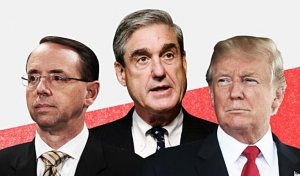 Since Attorney General Jeff Sessions' recusal from the inquiry, Rosenstein, as Deputy AG, has officially overseen the investigation's actions into Russia's hacking of the 2016 election and the potential collusion of the President and his campaign associates.

The relationship between Trump and his embattled Justice Department has been openly contentious, with the President tweeting threats to fire Sessions,  Rosenstein and Mueller from the outset of the investigation.

Tensions over the Deputy AG's future, however, reached full height following a report by the New York Times Friday night that Rosenstein had wanted to wear a wire to secretly record Trump, and gather evidence to oust the President via the 25th Amendment.

Rosenstein's comments, which he has dismissed as a misinterpretaton of sarcasm on his part, was purported to have arisen from communication between Rosenstein and Andrew McCabe, then the FBI's second-in-command, following the firing of Comey. 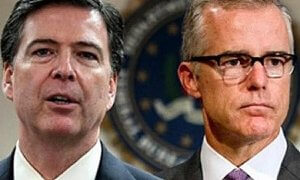 McCabe was fired by Trump in March following accusations of "unauthorized disclosures to the news media."  McCabe said his firing was part of a larger effort to discredit the FBI and the special counsel's investigation.

Expectations were that Rosenstein, who met with White House Chief of Staff John Kelly this morning, would be gone before the end of the day, but the administration has since announced that no action will take place until Rosenstein meets with Trump upon the President's return from New York Thursday.

This also sets up Thursday as one of the biggest news days (a feat in itself) of Trump's tenure, as it will take place on the same day as a hearing before the Senate Judiciary Committee on Supreme Court nominee Brett Kavanaugh.

The scheduled appearance of Dr. Christine Blasey Ford regarding allegations of sexual assault by the nominee is the most highly anticipated testimony since 1991 when attorney Anita Hill accused now-Supreme Court Justice Clarence Thomas of sexual misconduct. 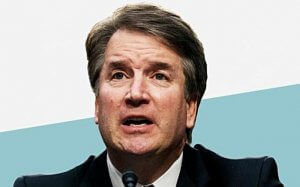 SCOTUS nominee Kavanaugh's fate is as uncertain as Rosenstein's

Over the weekend two more Kavanaugh accusers have come forward, further endangering the confirmation of the Judge, once considered a certainty.

Republican leaders have urged the White House to hold off on any further purging of the Justice Department until after the midterms. They fear backlash from independent voters who may still be on the fence in their perception of the chaos surrounding the President.

Should Rosenstein resign or be fired from his position as the second highest official in the Department of Justice, he will likely be succeeded by Solicitor General Noel Francisco.  A renowned conservative, Francisco previously worked in the George W. Bush administration and for powerhouse law firm Jones Day, which has represented Trump's campaign.