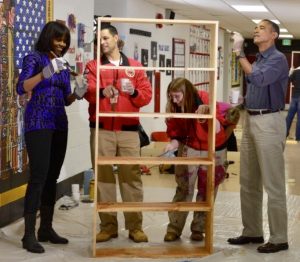 The Presidential Inaugural Committee (PIC) will kick off inauguration week with the traditional National Day of Service -- to celebrate and honor the spirit of Dr. Martin Luther King Jr.

The Committee will partner with organizations across the country to host service events that focus on COVID-19 relief and address challenges that have been exacerbated by the pandemic, such as poverty, hunger, racial injustice, homelessness, mental health, and educational disparities.

The day "is an opportunity for all Americans to unite and serve at a time when the global pandemic calls on all of us to work together and support our communities."

PIC offers a series of virtual and socially-distanced volunteer opportunities to get involved, from creating cards for patients recovering from COVID-19 and virtual read-alouds to students, to hosting a non-profit grassroots virtual fundraiser and collecting food donations.

SignUp for the Day of Service

The Presidential Inaugural Committee (PIC) will host a memorial to remember and honor the lives lost to COVID-19. 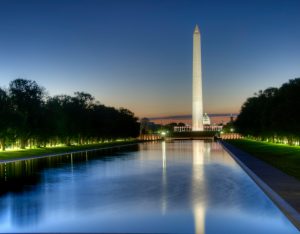 Citizens in cities and towns across the country are invited to join Washington, D.C. in illuminating buildings, ringing church bells and lighting your own candle at 5:30pm ET in a national moment of unity and remembrance."

In the nation's capital, the ceremony will feature a lighting around the Lincoln Memorial Reflecting Pool - the first of its kind to memorialize American lives lost.

"However, in the midst of a pandemic - when so many Americans are grieving the loss of family, friends, and neighbors - it is important that we honor those who have died, reflect on what has been one of the more challenging periods in the nation's history, and renew our commitment to coming together to end the pandemic and rebuild our nation."

In lieu of the traditional in-person parade down Pennsylvania Avenue following the ceremonies, the President and VP will participate in a Pass in Review at the Capitol and a Presidential Escort at the White House, followed by a virtual parade, similar to the Democratic National Convention's Roll Call Across America. 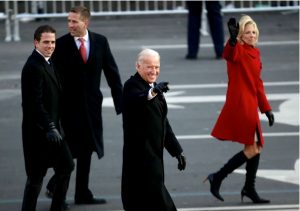 Pass in Review, held on the East front of the Capitol, is a long-standing military tradition representing the transition of power between administrations. During the ceremony, the President-elect, the First Lady, Vice President-elect, and Second Gentleman, hosted by the Commander of Joint Task Force-National Capital Region, will review the readiness of the troops, represented by every branch of the military.

Presidential Escort: The President-elect and entourage will be escorted from 15th Street to the White House, providing "the American people with the iconic images of a new president, a new vice president, and their families making their way to the White House," without attracting large crowds and gatherings.

The escorts include The U.S. Army Band, a Joint Service Honor Guard, and the Commander-in-Chief's Guard and Fife and Drum Corps from the 3rd U.S. Infantry "The Old Guard."

Virtual Parade: Due to COVID, PIC will instead produce a televised virtual parade "across America" that promises to be an innovative and diverse production featuring dynamic performances from communities across the country.

"The parade will celebrate America's heroes, highlight Americans from all walks of life in different states and regions, and reflect on the diversity, heritage, and resilience of the country as we begin a new American era."

Submit an idea for the virtual parade!

Engaging The Public
PIC also rolled out the team dedicated to engaging the public and constituencies.

The Office of Public Engagement is headed by Tamia Booker as Director and Katie Fricchione as Deputy. L.T. McCrimmon is Director of Intergovernmental Affairs (IGA), along with Kendall Corley as Senior Advisor, and Cyrus Garrett and Rose Dady as Associate Directors.

For More about all the Coalitions and to SignUp: coalitions@bideninaugural.org