The Supreme Court of the United States (SCOTUS) yesterday agreed to hear an abortion case that could further escalate already historic attempts in recent years to roll back women's reproductive rights in the United States.

Roe established a woman's right to an abortion before fetal viability, or the point at which a fetus can survive outside of the womb - approximately 24 weeks.

Dobbs concerns a Mississippi law, passed in 2018, which would ban all abortions after 15 weeks of pregnancy with only limited exceptions for medical emergencies or severe fetal abnormalities. 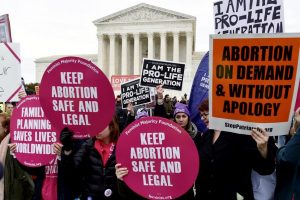 Mississippi is one of several Republican-led states that have passed restrictive abortion laws designed to directly challenge the constitutionality of Roe v. Wade.

US District Judge Carlton Reeves of the Southern District of Mississippi noted as such in his November 2018 decision to block the Gestational Age Act, stating, "The State chose to pass a law it knew was unconstitutional to endorse a decades-long campaign, fueled by national interest groups, to ask the Supreme Court to overturn Roe v. Wade."

The US Court of Appeals for the 5th Circuit affirmed Reeves' ruling in February of 2020, writing, "In an unbroken line dating to Roe v. Wade, the Supreme Court's abortion cases have established (and affirmed, and reaffirmed) a woman's right to choose an abortion before viability."

SCOTUS
The decision to grant certiorari to hear Dobbs, however, sets an unprecedented stage for the US Supreme Court's newly emboldened 6-3 conservative majority to reconsider, if not reverse, those precedents.

The Roe ruling, however, did not make this right absolute, in that it still gave states the right to regulate the practice in the third trimester of pregnancy (seven to nine months). 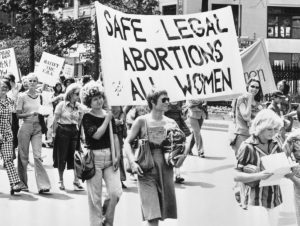 This month is the 48th anniversary of Roe v. Wade decision (Keystone)

In Doe v. Bolton, a companion case to Roe, SCOTUS ruled that a woman has the right to obtain an abortion in the third trimester if her physician deemed it necessary for the mother's health.

In Hodgson v. Minnesota (1990), the Court ruled that minors must have the option of going to court to obtain authorization for an abortion if they could not, or chose not to, notify their parents.

In 1992, in Planned Parenthood v. Casey, the Court rejected Roe's trimester framework while affirming its central holding that a woman has a right to abortion until fetal viability.

In Stenberg v. Carhart (2000), the US Supreme Court made it illegal for states to ban "partial-birth abortion" procedures, affirming that any law that imposed an "undue burden" on a woman's right to choose was unconstitutional.

In 2007, in Gonzales v. Carhart, the Court upheld the Partial-Birth Abortion Ban Act of 2003, signed into law by President George W. Bush.

In the 2016 Whole Woman's Health v. Hellerstedt case, the Supreme Court rejected by 5-3 a 2013 Texas law that restricted abortion delivery services to doctors with "admitting privileges" at local hospitals and  required clinics to have costly hospital-grade facilities. 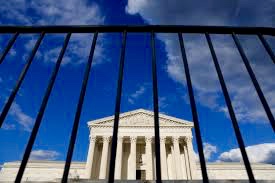 In June of 2020, the Court ruled 5-4 in June Medical Services, LLC v. Russo that a Louisiana state law, modeled after the Texas law at the center of Whole Woman's Health, was unconstitutional.

In March of 2021, the Court agreed to hear Cameron v. EMW Women's Surgical Center, which will decide whether Kentucky's Attorney General has the right to defend a 2018 state ban on a common abortion method known as dilation and evacuation, despite the ban having been struck down by federal courts.

That case, along with Dobbs v. Jackson Women's Health Organization, will be heard in the US Supreme Court's 2021-2022 term, which starts in October.

STATES
In 2021, in the largest assault on abortion rights since Roe, 536 such bills have been introduced in statehouses across the country. Of those, 61 have passed in 13 states, with nearly half of those signed into law in the final week of April alone. 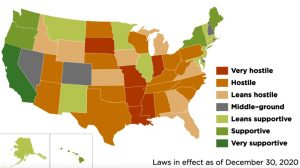 According to the Guttmacher Institute, 21 states are hostile or extremely hostile to abortion rights, with another eight "leaning" hostile.

Of those, 11 states have "trigger" laws that would automatically make abortion illegal if the US Supreme Court reverses Roe.

This means that about 40 million, or 58% of American women of reproductive age live in states that are at least somewhat hostile to abortion rights.