On Thursday, two days before the 49th Anniversary of the landmark Roe v. Wade case, the Supreme Court of the United States (SCOTUS) dealt another blow to abortion rights.

For the second time in two months, the High Court ruled that the extremist Texas "heartbeat law" can stay in place while the case makes its way through the state courts. 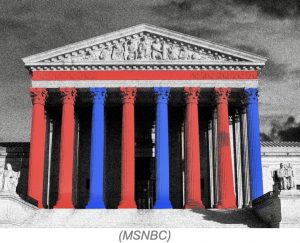 Background
The "Heartbeat Act," originally passed by Texas' GOP-controlled legislature and signed into law by Republican Governor Greg Abbott in May 2021, is the first of its kind to be permitted in any state since the Supreme Court's landmark 1973 decision in Roe v. Wade, which legalized abortion nationwide.

Also known as Senate Bill 8, the legislation is the strictest abortion law in the country, banning abortion as soon as cardiac activity is detectable, usually around six weeks -- before most women know that they are pregnant. The bill allows no exceptions for rape or incest, forcing even minors to bring a pregnancy to full term.

While other states have attempted similar "heartbeat" bills, they were found to be at odds with the Supreme Court's precedents of the constitutionally-protected right to an abortion, established in Roe.

That core ruling was upheld in the 1992 case Planned Parenthood v. Casey, albeit in a weaker form that enabled states to enact restrictions short of outright bans. 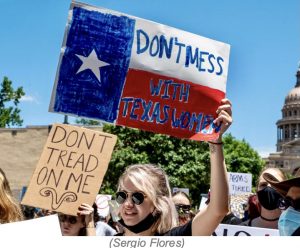 In an end-run around the Supreme Court and the constitutional precedent, the law allows public citizens to bring civil lawsuits against abortion providers or anyone else found to "aid or abet" illegal abortions. The lawsuits would not be against the women having the abortion, but against anyone including counselors, friends who finance an abortion, or even an individual who drove a woman to the appointment.

The Decisions
On September 1, 2021, the same day S.B.8 went into effect, the Supreme Court, by a 5-4 vote, denied an emergency request by Texas abortion providers to block enforcement of the law, effectively ending all legal abortion care in the Lone Star State.

On October 6, a District Court blocked the law, only to be stayed two days later by the conservative 5th Circuit Court.

In Whole Woman’s Health v. Jackson, the abortion providers returned to the Supreme Court in the fall, asking the justices to weigh in on the law’s private-enforcement mechanism. The justices agreed in late October to take up their case along with the Biden administration’s challenge to the law, United States v. Texas.

On December 10, the SCOTUS voted 5-4 to let the Texas law stand, while returning the providers’ case back to the lower courts with limited options. 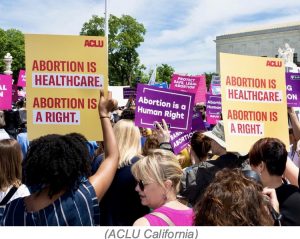 In that decision, Justice Neil Gorsuch, who was joined by fellow conservative justices Samuel Alito, Amy Coney Barrett, Brett Kavanaugh and Clarence Thomas, ruled the providers could not proceed with lawsuits against the state judges, clerks or State Attorney General Ken Paxton since these officials lack the authority to enforce S.B.8.

The court ruled, however, that the providers’ lawsuit could go forward against medical licensing state officials, along with the head of the Texas health department, since those officials would play a role in bringing disciplinary actions against providers if they violated S.B.8.

While the Constitution limits lawsuits against states themselves, the court has for more than a century allowed lawsuits alleging violations of constitutional rights to proceed against state officials.

In a separate, unsigned order, the justices dismissed a challenge to the Texas law brought by the Biden Administration, sending it back to the lower courts, saying a review by the High Court was "improvidently granted." 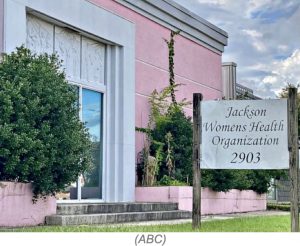 On January 20, 2022, SCOTUS denied the Texas abortion providers' petition to compel the 5th Circuit Court to send the case to the District Court, where a judge previously blocked the controversial Texas abortion law.

The 6-3 decision, issued without a written majority opinion, means the abortion providers’ challenge will not proceed in a federal trial court for now but will instead go to the Texas Supreme Court.

The Big Picture
The delay tactic means that the final word on the standing of Texas’ law will not be decided for months, likely after the Supreme Court issues its ultimate decision on a direct challenge to the constitutionality of abortion in Dobbs v. Jackson Women's Health Organization. If that is the case, the outcome of the Texas law becomes moot.

In October SCOTUS heard the first oral arguments in Dobbs, a case that represents the greatest threat yet to a women's right to abortion since it was legalized by the Court almost 50 years ago.

A decision is not expected until June or July when the Supreme Court announces its major decisions - just months before the midterm elections.

March 25, 2022 Former Secretary of State Madeleine Albright died this week, bringing an end to the life of a brilliant diplomat and trailblazer who was revered internationally and universally...