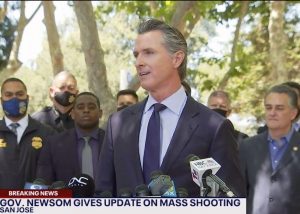 Newsom:"What the hell is going on in the United States of America?"

The Reality
Every day in America, more than 100 people are killed with guns and 230 more, on average, are shot and wounded. The gun homicide rate in the United States is 25 times higher than that of other developed countries.

The gunman, who killed himself, was armed with three semi-automatic handguns and 11 high-capacity ammunition magazines, which are illegal in California.

According to the Gun Violence Archive, mass shootings, in which four or more people are injured or killed, not including the perpetrator, are on the rise -- accounting for more than 600 such shootings in 2020, compared with 417 in 2019. 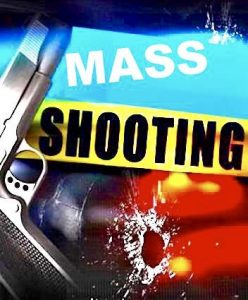 That carnage has continued into 2021, with at least 232 mass shootings, including yesterday's tragedy.

According to Everytown USA, gun violence has become even more pronounced as a result of the coronavirus crisis.

2020 saw a record spike in gun sales, attributed by many to the unprecedented pressures of the pandemic. Economic and job insecurity, social isolation, a stoked fear of "foreigners," and the stress of being homebound with family due to COVID-19  -- put people at greater risk of domestic assault and gun violence.

2020 was one of the deadliest years on record, with gun homicides and non-suicide-related shootings claiming approximately 19,300 lives, a 25% increase over 2019. While all 2020 data on gun violence is not yet available, analysts expect related deaths to exceed 40,000, the highest rate in the last two decades.

The last major piece of gun control legislation to make it into law was the 1994 assault weapons ban, which expired in 2004. Repeated attempts to renew it have failed. 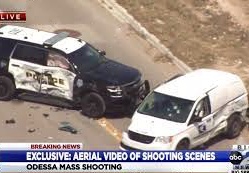 2019 Odessa, Tx: 7 killed, 25 injured. The shooter was federally prohibited from owning a gun due to mental illness, but bought his guns online through the "private-seller loophole"

The Decision Makers
In the wake of Wednesday's shooting, President Biden called for Congress to act on gun law reform. "Once again, I urge Congress to take immediate action and heed the call of the American people, including the vast majority of gun owners, to help end this epidemic of gun violence in America."

Companion legislation proposed in the US Senate is awaiting action by the Judiciary Committee but faces considerable GOP opposition, despite its popularity with the voters. 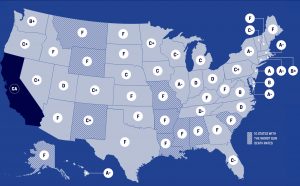 Senators Chris Murphy (D-CT) and John Cornyn (R-TX) are working on compromise legislation to crack down on the "private-seller loophole" in existing laws, including expanded requirements and stricter standards for federal firearms licensee (FFL) registrants who currently remain outside the system.

The goal is to strengthen enforcement of existing gun control policies by forcing more sellers to receive a federal firearms license and, therefore, forcing more buyers to go through the FBI background check system.

While the Senators hope to see the bipartisan legislation reach the floor by this summer, Senate Majority Leader Chuck Schumer has vowed to bring background check legislation to the floor sooner.

With the 60-vote threshold need to override a filibuster in the Upper Chamber, however, the chances of passing the first major gun control legislation in decades seems out of reach for this Congress. 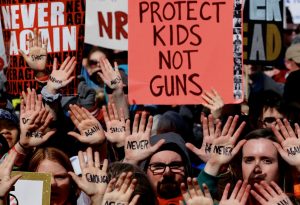 Since the February 2018 Parkland Shooting, which killed 17, including 14 children, over 30 states and DC have passed a total of 180 gun safety measures. Congress has passed zero. (Jonathan Ernst/Reuters)

While the federal government continually fails to act, state legislatures have taken the issue of gun violence into their own hands.

Of the 10 states with the strongest gun laws, seven of them have the lowest gun death rates. California continues to have the strongest gun safety laws in the country, while Mississippi, which has the second highest rate of gun deaths per 100k people, has the weakest.