One of the greatest threats to the future of organized labor is "Right to Work" legislation, which attacks their financial stability and bargaining power by banning mandatory payment of union dues by employees.

Right to work means that employees in a union shop who don't want to be part of the union can't be charged a fee or dues to support the operation of the union. 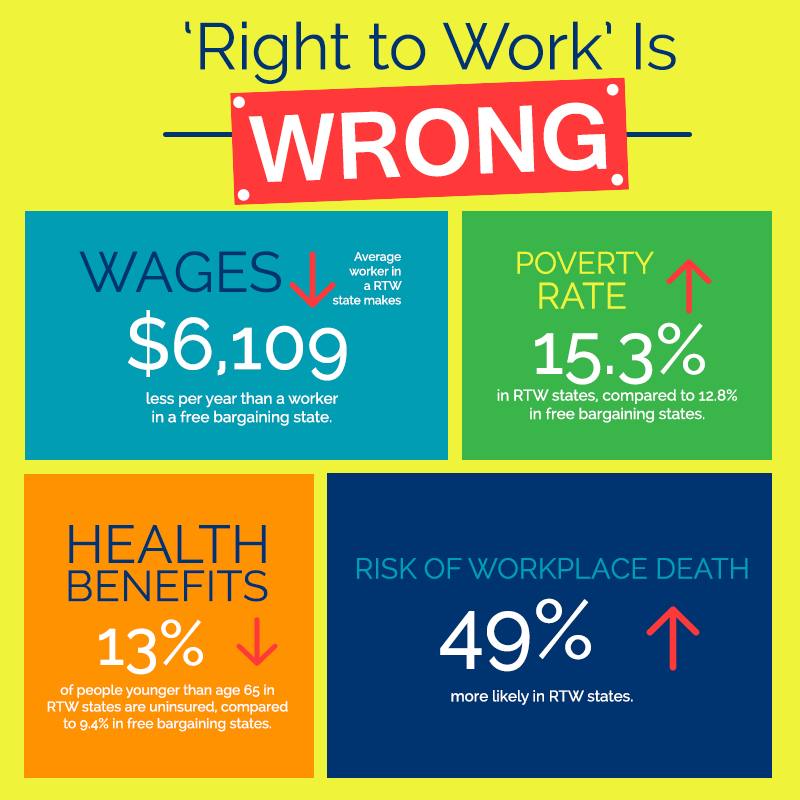 Although federal law already makes it illegal to force someone to join a union, more than half of US states have taken it further, adopted their own Right to Work legislation or constitutional amendments.

Most common in more conservative "red" states, 26 of the current 28 Right to Work states voted for Trump in 2016.

Supporters claim that the laws protect employees' "right to work" without being forced to join a union or being subject to its policies.

Opponents claim the laws are aimed at benefiting major corporations at the expense of working people by making it harder to form unions and collectively bargain for better wages, benefits and working conditions.

"There's a 22% higher poverty rate in "right to work" states, 67% more workplace fatalities, wages are lower by $6,000 and 30% fewer of their people have health insurance," said Pennsylvania AFL-CIO President Rick Bloomingdale, who led protesters at the State Capitol yesterday.

History
The first Right to Work laws can be traced back to the 1940s (Florida was the first in 1944), and post-WWII efforts to combat the growing power of unions with the resurgence of men back into the labor force.

Several states followed suit and anti-labor forces were successful in passing the 1947 Taft-Hartley Act - which imposed restrictions on union activity.

It was not until the last decade, however, that Right to Work re-emerged on a larger, organized front. 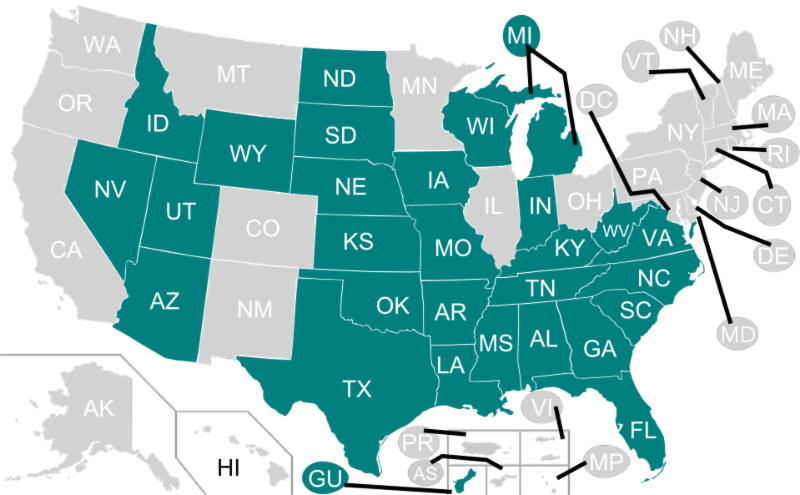 With a 12% decrease in labor workforce membership since 1980, the state-based attacks on labor have the ability to all but cripple union organizing.

The successful passage of RTW laws in Michigan and Indiana in 2012, Wisconsin in 2015, and West Virginia and Alabama in 2016, saw once-labor-stronghold states turn away from their union roots.

Check the Dailys for updates and pass it on!