DemDaily: Reversing History. The First Orders of the Biden Aministration

DemDaily: Reversing History. The First Orders of the Biden Aministration

Among the first acts of his presidency, after Joseph Biden was sworn in as the 46th President of the United States, was issuance of executive orders reversing major policy initiatives of the Trump administration.

In his day-one assault on the challenges facing America, Biden signed 17 executive orders implementing immediate action on the pandemic, immigration, climate change, racial equality and the economy, among others. 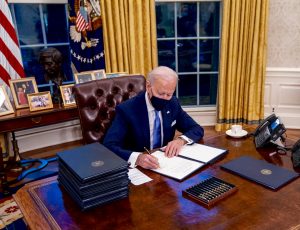 More continue to roll out daily, with an additional 11 directives signed since inauguration day that relate to protections, funding, manufacturing and resources regarding the COVID crisis.

On The Pandemic
Executive Order 1: Require masks on federal property
Orders a nationwide mask-wearing and social-distancing mandate on federal lands, in federal buildings, and for federal employees and contractors.

Executive Order 2: Rejoin the World Health Organization
Reversal of Trump Order: Cancels Trump's move to withdraw the country from the World Health Organization.
Executive Order 3: Set up a COVID office that reports directly to Biden
Reversal of Trump Order: Creates a White House Covid-19 response team, led by Jeff Zients, that will in an effort to "aggressively" gear up the nation's response to the pandemic. The order also restores the directorate for global health security and biodefense at the National Security Council, a group Mr. Trump had disbanded.

On the Economy
Executive Order 4: Extend foreclosure and eviction moratoriums
Extends the federal moratorium on evictions and foreclosures through at least the end of March.

On Climate & Environment
Executive Order 6: Rejoin the Paris climate accords
Reversal of Trump Order: An order for the United States to rejoin the Paris Agreement, officially 30 days after the order. 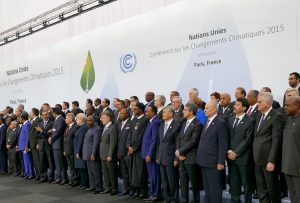 In 2019, Trump withdrew the US from the coalition of nearly 200 countries working to move away from planet-warming fossil fuels like coal, oil and natural gas.

Executive Order 7: Revoke the permit for the Keystone XL pipeline and cancel other Trump administration energy rules
Reversal of Trump Order: Revokes the presidential permit for the $8 billion Keystone XL pipeline that would have transported fossil fuels from Canada across the United States. It also directs federal agencies to reverse and revise other Trump rules, including restoring protections and banning drilling in several national parks and monuments, and setting stricter emissions and fuel economy standards for vehicles.

On Racial Justice
Executive Order 8: Terminate the 1776 Commission
Reversal of Trump Order: Terminates the Trump administration's 1776 Commission, a project aimed at promoting a more conservative history curriculum in US schools. The order also directs federal agencies to review and report on equity in their ranks within 200 days, including a plan on how to "address unequal barriers to opportunity in agency policies and programs." It also revoked the Trump's policy limiting the ability of federal agencies, contractors and other institutions to hold diversity and inclusion training.

On Immigration
Executive Order 9: Unwind Trump's changes to the census
Reversal of Trump Order: An order revoking the Trump administration's efforts to exclude undocumented immigrants from the US census, a change that would have weakened federal representation for diverse areas generally represented by Democrats. The order also ensures census takers enough time to obtain an accurate count of the population, reversing the Trump administration's move to cut the work short. Executive Order 10: Strengthen legal protections for "Dreamers"
Reversal of Trump Order: Directs the Secretary of Homeland Security, in consultation with the Attorney General, to bolster the Deferred Action for Childhood Arrivals (DACA) program that protects from deportation immigrants brought to the United States as children, often called Dreamers. Trump tried to abolish the program but was stopped by federal courts. The order also calls on Congress to enact legislation providing permanent status and a path to citizenship for those immigrants.

Executive Order 11: Abolish the "Muslim ban"
Reversal of Trump Order: Abolishes the Trump administration's ban on people from several majority Muslim countries from entering the United States, and instructs the State Department to restart visa processing for the countries affected by the ban.

Executive Order 13: Halt construction of the US-Mexico border wall
Reversal of Trump Order: Immediate termination of the national emergency declaration the Trump administration used to divert federal funding to building the US-Mexico border wall, and ordered a pause on its construction while the new administration reviews the funding and contracts. 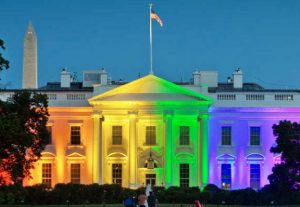 Executive Order 14: Extend deportation protections for Liberians
Reversal of Trump Order: An order extending the Deferred Enforced Departure (DED) designation for 4,000 Liberians who have been in the United States for years, shielding them from deportation and extending their work authorization until June 30, 2022. Trump had threatened to terminate the program.

Executive Order 17: Freeze Trump's "midnight regulations"
Reversal of Trump Order: Biden signed an order that will freeze all Trump administration regulations currently in process, blocking them from taking effect while the new administration reviews them.

Thanks to our Sponsors