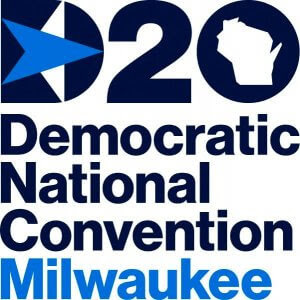 In a letter to state parties and convention delegates, DNC Secretary Jason Rae said that voting on convention business will begin on August 3 and will end on August 15.

On June 24th, Party and convention officials announced that the convention, while "anchored" in Milwaukee, Wisconsin, will be held remotely due to the risks imposed by the COVID-19 pandemic, and that state delegations should not plan to travel to Milwaukee.

As a result, the committees are faced with the truly unprecedented challenge of conducting a convention that includes voting on all convention business virtually, while producing "innovative" programming around the nomination of Joe Biden as our next President. 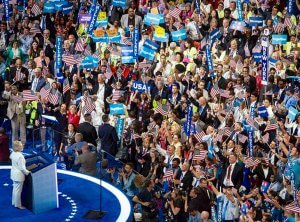 No "floor vote," but 2020 "Convention Across America" will be a virtual show (Maggie Hallahan)

The Voting Process
As outlined by Rae, in order to "allow convention delegates to safely and securely cast ballots for all required votes(,) each delegate will be sent an individualized ballot with unique identifiers via email."

Certified delegates will electronically submit their ballots to their State Democratic Party under a secure system, established in coordination with the Democratic National Convention Committee's (DNCC) Tech Team.

"The State Parties will be responsible for collecting all ballots from convention delegates as they would if we were conducting votes in person at the convention," and for submitting a tally sheet to the Secretary's Office that formally records the number of votes cast on each item of convention business.

For states electing convention delegates after the voting has begun, the DNCC will work with the State Party to determine the best way to distribute and collect ballots and votes.

Votes cast at the convention include for the platform, the vice presidential and presidential nominees, as well as party business involving rules, resolutions and credentials.

This also means that the sometimes dramatic floor fights over issues in the past will be absent, and that the official vote count in nominating Joe Biden will be tallied by the first day of the convention. 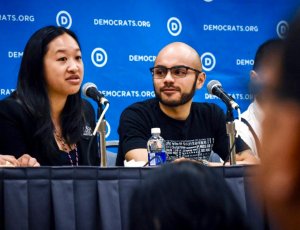 Add your voice or story! (CLICK/DNCC)

Convention Across America
To help drive the energy online among voting participants, the DNCC has set up a Delegates of D20 Hub for delegates to "share (their) stories and engage with their fellow delegates."

For the public, the convention team promises a full-scale professional production, themed "Convention Across America," led by an Emmy-award winning producer. The four nights will include live satellite broadcasts and curated content from Milwaukee and other cities, as well as livestream feeds of the gavel-to-gavel convention proceedings.

Convention watchers can also engage digitally themselves by uploading and sharing their ideas, values, and stories reflecting what they want to see in the 2020 Party Platform -- some of which may even be shown on the convention's website, social media, or during the events in August. Add Your Voice to the Platform! 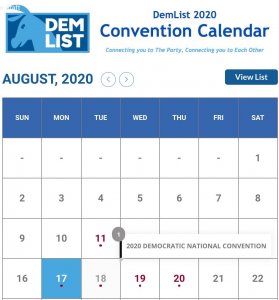 Submit your national or state organization, union, corporate or Democratic events for promotion when the calendar goes live July 20th. Access is free to all who are signedup to follow DemList.

October 15, 2021  To remind us to laugh. On This Week’s Fox Fake News As of last Tuesday, over 2,000 Southwest flights had been canceled, due to weather and external factors, but Fox News...

DemDaily #tbt: “A Day That Will Live In Infamy”

If you were to compile a list of the most impactful Democratic leaders in the history of our nation, the number one spot would almost certainly be filled by President Franklin Delano Roosevelt.