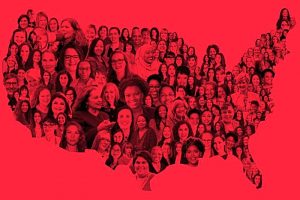 In yesterday's Dixie Primaries in Arkansas, Georgia, Kentucky, and in the Texas runoff, women continued to triump at the ballot box, including, potentially, our country's first black female Governor.

Although all "red" states, Democrats nominated strong candidates in races where it counts -- in a handful of targeted vulnerable seats, and in other contests where a disillusioned Trump electorate could turn the tide.

Just a few of the potential red-to-blue flips would be needed to help solidify the net-24 seats Democrats need to win in November to take control of the House.

ARKANSAS
Highlights: In the Governor's race, former Teach for America executive Jared Henderson will be the Democratic nominee against incumbent Asa Hutchinson (R).

GEORGIA
Highlighted are going to a runoff July 24th. 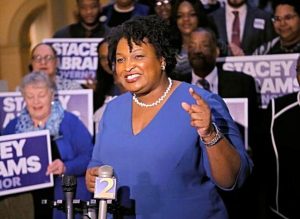 If Abrams wins the general election against the yet-to-be determined Republican nominee, she would also become our country's first black female Governor.

TEXAS (RunOff)
In  the Texas primary elections held March 6th, if no candidate received 50+% of the vote, then the two top vote-getters from that race advanced to yesterday's May 22nd runoff election. To follow are each party's winning nominees.  * Denotes Incumbent

In addition, six Democratic women won their primary runoffs for U.S. House races, which means that half of Texas' Democratic candidates for US House seats in November will be women.

In the closely watched 7th Congressional District Democratic primary, Lizzie Fletcher beat out Laura Moser for the right to challenge incumbent John Culberson, one of the most vulnerable Members in the House.

Next Up! June 5th Eight-State Primary

November 16, 2020 Now almost two weeks after the November 3rd election, the balance of power in the US Senate is still undetermined. With the call last week that incumbent Republicans held onto...