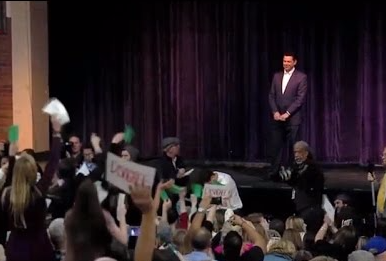 In keeping with his campaign promise to "Repeal and Replace Obamacare," President Trump's first Executive Order set into motion the rollback of Obama's historic act, which currently provides 20 million people with healthcare.

Unfortunately, like many of his initial orders, it was issued without coordination with the US Department of Health and Human Services and administering agencies, setting off inter-governmental chaos and, externally, a public backlash and protest in Republican town halls nationwide.

Executive Order #13765 (January 20, 2017): Rolling Back Obamacare
Minimizing the Economic Burden of the Patient Protection and Affordable Care Act Pending Repeal
The order states agencies can "waive, defer, grant exemptions from, or delay" any portions of the Affordable Care Act that create financial burden on states, individuals or healthcare providers.

With Members of Congress, and their re-elections, at stake, House Republicans scrambled to produce a "replacement plan," releasing the first draft Monday night of the bill that intended to repeal Obamacare and overhaul our entire healthcare system.

Takes away the Individual Mandate
Eliminates the individual insurance coverage requirement and federal penalty, shifting the penalty against the uninsured to health insurance companies - who will be able to charge 30% higher premiums for new customers who have gone 63 days+ without health insurance. 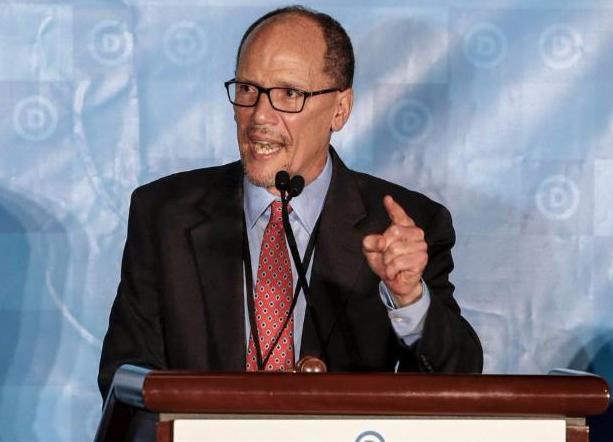 DNC Chair Tom Perez on GOP Plan: A "death sentence" for many Americans

Defunds Planned Parenthood
In the current system, no federal funding can be used to provide abortions (excluding rape, incest, and saving lives of mothers). Although federal funding to Planned Parenthood goes to general and reproductive healthcare services and education, the bill calls for defunding the organization entirely - putting millions of women and families without those free services.

Transfers Qualification Requirements Authority to the States
Federal-level requirements for covering health plans covering hospitalization, maternity care, mental health services and other benefits will be removed as of Dec 31, 2019, and the authority for setting those requirements transferred to the individual states.

Changes Subsidies from Income-Based to Age-Based
Under the ACA, subsidies to help individual buyers afford premiums, deductibles and co-pays currently based on household income, would shift to an age-based system. This would disenfranchise younger applicants who would received comparatively less coverage.

Kills Medicaid Expansion
Mandates repeal of Medicaid expansion as of December 31, 2019. Traditional Medicaid will be block-granted, a system which will provide less federal funding than the allotment under current joint state-federal programs.

Repeals Obamacare Taxes
Taxes that currently fund ACA will be repealed entirely. The end result: A large tax cut for the wealthy, according to the LATimes, of "at least $346 billion over 10 years, every cent going to taxpayers earning more than $200,000 ($250,000 for couples)."

On the changes, which could leave millions of Americans uninsured or faced with paying more out of pocket: "Americans have choices, and they've got to make a choice. So rather than getting that new iPhone that they just love and want to go spend hundreds of dollars on that, maybe they should invest in their own health care... They've got to make those decisions themselves." - Congressman Jason Chaffetz (R-Utah)

Sign the DNC Petition to Stop the GOP Replacement Plan!

March 19, 2021 A new family is in the White House, evoking visions of children and grandchildren happily running through the halls and grounds at 1600 Pennsylvania Avenue. Joe Biden’s world...