The 87-year-old Supreme Court Justice, who passed away from pancreatic cancer, was a compassionate and tireless champion of equality and justice, and a trailblazer for women, whose record and indomitable spirit earned her a cultural following as "Notorious RBG."

Breaking Boundaries
Ginsburg was born in Brooklyn, New York, the youngest daughter of Nathan Badar, a Jewish emigrant from Odessa, Russian Empire, and Celia (née Amster), the daughter of Austrian Jewish parents. Her elder sister, Marylin, died of meningitis at age six, when Ruth was a baby, and her mother died shortly before Ginsburg graduated from high school.

She earned her bachelor's degree at Cornell University and married Martin Ginsburg, becoming a mother before starting law school at Harvard in 1956, where she was one of just nine women in her class. 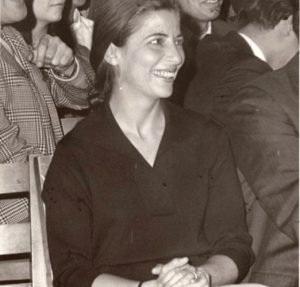 Ruth's relationship with "Marty," throughout the subsequent 56 years of their marriage, would become legendary as an equal and loving partnership, with Marty taking responsibility for most of the domestic duties. Marty, who would become one of the country's preeminent tax attorneys, was his wife's biggest behind-the-scenes advocate for her nomination to the Supreme Court.

In 1958, when Marty took a job in New York City, Ruth Ginsburg transferred to Columbia Law School, where she graduated one year later, tying for first in her class. She was the first woman to be on two major law reviews: the Harvard Law Review and Columbia Law Review.

Despite her academic achievements, she could not get a job with a law firm in the early 1960's because she was a woman and the mother of a small child. That discrimination shaped the course of the next twenty years of her career, devoted to fighting for equal rights for women and all people under the law. 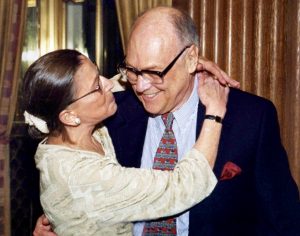 Ginsburg on Ginsburg: "The only person I have loved"

She clerked for a Federal judge, and took a position at Rutgers in 1963, where she was paid less than her male colleagues because "she had a husband with a well-paid job." At the time she was one of fewer than twenty female law professors in the United States.

In 1970, she co-founded the Women's Rights Law Reporter, the first law journal in the U.S. to focus exclusively on women's rights.  Ginsburg she became the first tenured woman at Columbia Law School, where she taught from 1972 to 1980, and co-authored the first law school casebook on sex discrimination.

Judge Ginsburg
On April 14, 1980,  Ginsburg was nominated by President Jimmy Carter to a seat on the United States Court of Appeals for the District of Columbia Circuit, the country's second highest court, where her record earned her the title of one of the nation's leading centrist judges in 1991. 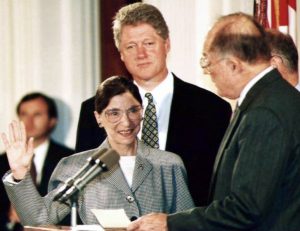 Clinton, 1993: "She is to the women's movement what former Supreme Court Justice Thurgood Marshall was to the movement for the rights of African-Americans" (ABC)

Nominated by President Bill Clinton in 1993, Ginsberg became the second woman to serve on the U.S. Supreme Court, after Sandra Day O'Connor. Although perceived as a moderate when confirmed, she became a stalwart member of the liberal wing of the high court, known for her dissents as much as for her notable majority opinions.

Among the most famous were her majority opinions in United States v. Virginia (1996), where women were given the right to attend the all-male Virginia Military Institute, and Olmstead v L.C. (1999), which was a victory for the rights of people with disabilities.

One of the most powerful dissents she penned was in the employment discrimination case Ledbetter v. Goodyear (2007), in which she chose, in a rare practice, to read her dissent from the bench, saying, "In our view, the court does not comprehend, or is indifferent to, the insidious say in which women can be victims of pay discrimination."

Until the 2018 term, Ginsburg had not missed a day of oral arguments during her 27 years on the court -- not even during her previous four bouts with cancer or the day after her husband passed away in 2010. 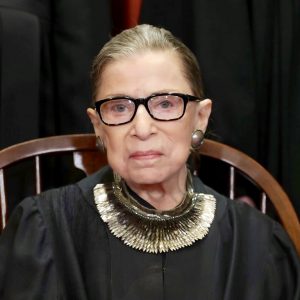 Ginsburg on SCOTUS women justices: "I am sometimes ask when will there be enough. When there are nine."(Chip Somodevilla/Getty)

Of her legacy, President Clinton said, "Her landmark opinions advancing gender equality, marriage equality, the rights of people with disabilities, the rights of immigrants, and so many more moved us closer to 'a more perfect union.' Her powerful dissents, especially her ringing defense of voting rights and other equal protection claims, reminded us that we walk away from our Constitution's promise at our peril. And she did it all with kindness, grace, and calm, treating even her strongest adversaries with respect."

In recent years, Ginsberg's reputation as a fierce warrior for gender equality drew a new generation of fans, which spurred her rise as a pop culture icon and the subject of an award-winning documentary "RBG" and a popular movie, "On the Basis of Sex." 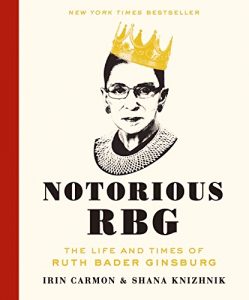 Her elaborate collars or jabots, which signaled her sentiments on a decision or occasion, inspired fashion trends, and her daily workouts with a trainer underscored her gritty toughness.

In one interview, when ask how she would want to be remembered, Ginsburg said, "As someone who used whatever talents she had to do her work to the very best of her current abilities, and to help repair tears in her society."

In her final days, RBG said, "My most fervent wish is that I will not be replaced until a new president is installed."