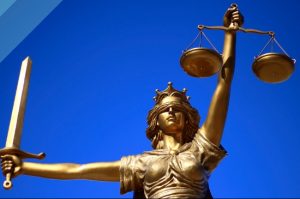 While the role of the United States Congress in dealing with Donald Trump may be over, the former president's effect on the future of Congress is still undetermined.

Had the vote been held by secret ballot, then few doubt that Trump would have been convicted and barred from future federal office.

The actual vote, however, reflected the reality of each Senator's political standing within their state and the pressure of a national Republican leadership determined to retake control of the US Senate.

Voted to Acquit Trump
Of the 43 GOP Senators who voted to acquit Trump:
2020: 42 are from states that Trump won in 2020
Only one Senator, Ron Johnson of Wisconsin, hails from a state that Trump lost in 2020. Johnson, who is up for reelection in 2022, could not afford to alienate the GOP base in a key battleground state which Biden narrowly won by just over 20,000 votes. 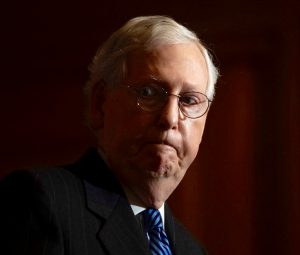 2022: 15 of the 43 are up for reelection in 2022
Of those, 13 are considered solid Republican seats. In addition to Johnson (WI), who will be among Democrats' top targets, Marco Rubio (FL) is considered somewhat vulnerable.

Voted to Convict Trump
Of the 50 Democratic Senators, including two Independents, who voted to convict Trump:
2020: 48 were from states that Biden won in 2020
Only two Senators, moderates Joe Manchin of West Virginia, and Jon Tester of Montana, come from red states, each of which Trump won by significant margins (68.6% and 56.9% respectively) in 2020. Manchin and Tester are not up for reelection until 2024.

2022: 14 of the 50 are up for reelection in 2022
Of those, twelve are considered solidly or likely blue. An additional two, Senators Mark Kelly (AZ) and Ralph Warnock (GA), who were elected in 2020 to fill the remaining terms of retiring Senators, and will be up for the regularly scheduled election in 2022, are considered vulnerable.

The GOP Seven
Of the seven GOP Senators who sided with the 50 Democrats to convict Trump, only one is up for reelection in 2022, two are retiring, and four will not face the voters for another four to six years. 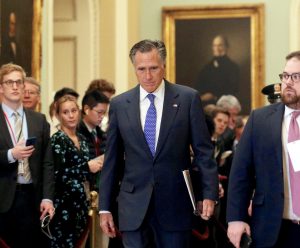 Romney represents "a slice of" the GOP (Brendan McDermid/Reuters)

Senator Mitt Romney (Utah)
Romney, a long-time Trump critic, was the the lone Republican senator to vote with Democrats to convict Trump during his first impeachment trial in February of 2020. The GOP's presidential nominee in 2012, Romney is often referred to as the head of the competing faction of his party versus the Trump supporters.

Although Trump won the traditionally red state in 2020 with 58.1% of the vote, Romney, who won the seat in 2018 with nearly 63% of the vote, is solidly in control of the Beehive State. He is unlikely to have any serious opposition when he is up for reelection in 2024.

While some state GOP lawmakers called for his censure over his conviction vote, the Utah GOP defended it as "diversity of thought."

Senator Bill Cassidy (Louisiana)
Cassidy, first elected in 2014, won reelection in November by 40% points over his next closest opponent in a field of 15 in Louisiana's open primary system. Although Trump won the Bayou State with 58.5% of the vote, Cassidy will not face the voters for another six years. The state GOP, however, censured him immediately after the vote. 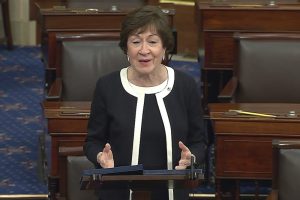 Senator Susan Collins (Maine)
Like Cassidy, Collins just won reelection and won't face the voters again until 2026. Although Collins, first elected in 1996, was considered the most vulnerable GOP Senator in 2020, she won by over 70,000 votes, while Biden took the state with 53.1%. Maine's state GOP is debating censuring Collins for her conviction vote.

Senator Ben Sasse (Nebraska)
First elected in 2014, Sasse handily won reelection in 2020, securing 62.7% of the vote, out-performing Trump, who won the Cornhusker State with 58.2%. Although Sasse has been censured by some Republican county parties, he won't have to campaign again until 2026.

Senator Lisa Murkowski (Alaska)
Murkowski, now in her third term, is the only GOP Senator of the seven up for reelection in 2022. Like Collins, she is a moderate who often provides the swing vote on key legislation - a position that has yet to hurt her among The Last Frontier State's voters. 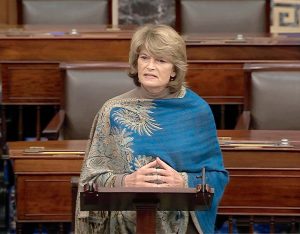 Senator Richard Burr (North Carolina)
The three-term Senator announced in advance of his 2016 reelection that, should he win, he would not seek reelection in 2022.

Burr was instrumental in Trump's narrow victories in North Carolina in both 2016 and 2020, but said he felt conviction "necessary" after the "compelling evidence." 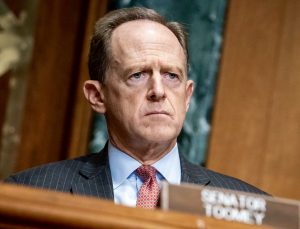 Of his vote to convict, Toomey said, "A lawless attempt to retain power by a president was one of the founders' greatest fears motivating the inclusion of the impeachment authorities in the U.S. Constitution...His betrayal of the Constitution and his oath of office required conviction."