While Americans struggle under a new era of human rights abuses domestically, we often forget the plight of those in other countries and the devastating injustices being done to people worldwide. 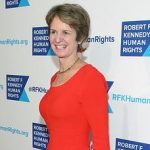 The RFK Human Rights Award recognizes those who have advanced human rights and freedom around the world, brought international attention to major human rights issues in their home countries, and who have stood up to oppression at grave personal risk in the nonviolent pursuit of human rights.

Romero, an attorney and Director of Vive and Foro PenalVenezolano (FPV), has been a vocal opponent of the oppressive Venezuelan government, headed by President Nicholas Moduro. 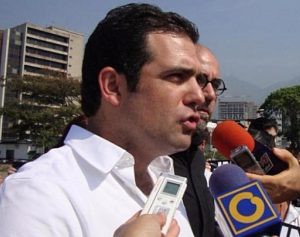 Through FPV, Romero and his team of 200 pro-bono lawyers and 1,700 volunteers, have provided legal assistance to over 4,000 victims of human rights violations, including arbitrary detention, due process violations, torture, and cruel and inhuman treatment.  Romero has presented cases of political persecution and crimes against humanity before the Interamerican Commission for Human Rights (OAS) and the International Criminal Court of The Hague.

Alfredo's work is a testament to the optimism and hope that will ultimately triumph over violence and repression."   -- RFK Human Rights President Kerry Kennedy

Kerry Kennedy, who has led RFK Human Rights for two decades, opened the ceremony with reference to our own human rights struggles at home, pointing to Trump's first two actions in office of "taking away the reproductive rights of women," and the muslim travel ban. 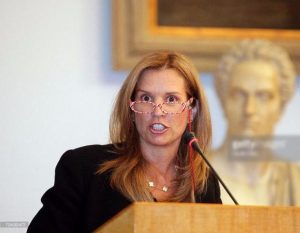 Although the Kennedy family is still in the political eye of the public, the work of RFK Human Rights itself is largely unknown to many Americans.

The organization, which is dedicated to continuing Robert F. Kennedy's legacy of a more just and peaceful world, and to ensuring lasting positive change in governments and corporations, was founded in 1968 following his assassination while campaigning for President.

Although their profile is low, their footprint is large -- having worked with human rights advocates and causes in over 30 countries worldwide.

RFK Human Rights also works with socially responsible investors and has partnered with more than 120 business leaders controlling $7 trillion to consider human rights in their investment decisions.  Their human rights education program has reached 3.2 million students in 16 countries, and their Young Leaders program counts over 1,500 participants.

Their work is also a reminder of the vision of Bobby Kennedy, who inspired a new generation of young people to get involved in politics, was a tireless defender of justice, and whose words can still teach us much today.

Our country needs a Bobby Kennedy.

Until then, we salute the work of RFK Human Rights and others that risk their lives to defend the rights of others - in our country and across the globe.  Pass it on.