The slate of candidates in a new addition to the 2021 election calendar has been finalized, formally launching California voter's attempt to recall Democratic Governor Gavin Newsom.

California is one of 19 states that allow for a gubernatorial recall, and the most permissive, requiring the signatures equivalent to just 12% of the ballots cast in the previous gubernatorial election, compared to most states that set the bar at 25%.

41 candidates, 21 of them Republicans, are vying to succeed Newsom, should Golden State voters decide to replace him. In the two-step process, voters are first asked whether Newsom should be recalled and then, if a majority say "yes," they vote for who they want to replace him. 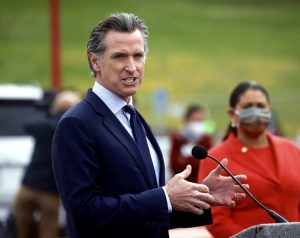 The attempt is the sixth by his opponents to get a recall of Newsom on the ballot. The first-term governor, who was elected in 2018 with a landslide 62% of the vote, has faced criticism for his response to the COVID-19 pandemic in California, including the statewide restrictions last spring, and the slow initial rollout of vaccines.

Republican funding for the recall initiative boomed after Newsom made a self-inflicted public relations fumble last fall, attending a now-infamous birthday party for a lobbyist at an exclusive restaurant in Napa Valley while his constituents were prohibited from indoor dining during the COVID lockdown.

While the recall election will be only the fourth gubernatorial recall election ever held in the United States, the effort is standard fare in California, where every governor since 1960 has faced a formal recall attempt.

Aside from the comparatively low threshold for securing a place on the ballot, the California recall law, which was adopted in 1911, is fraught with anomalies that have long prompted calls for revamping the controversial measure.

Under the system Newsom could be out if just 49.9% voted for him, shy of the 50+% majority needed to retain office, but then his replacement could be elected on the second ballot with a considerably smaller share of the vote. 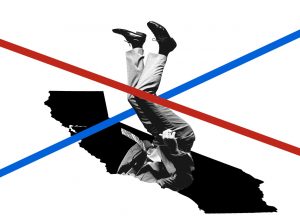 In this particular effort, the 19 counties that ranked highest on the signature drive all voted for Trump last year, and a Republican-appointed judge granted an unprecedented four-month extension to the signature gatherers, citing the challenges created by the coronavirus.

While it is unlikely that Newsom will be removed in the deeply blue state that Joe Biden won by 30% in 2020, the action is not without precedent.

In 2003, Republicans were successful in their efforts to recall Democratic Governor Gray Davis, resulting in the election of actor Arnold Schwarzenegger. Davis' 30% approval rating at the time, however, is considerably lower than Newsom's current 49%.

The political landscape of California has also shifted increasingly to the left since 2003, when registered Republicans accounted for 35% of the electorate compared to 24% today. Democrats currently account for 46% of registered voters, while 24% registered "no party preference," compared to 15% in 2003.

In another recent misstep, a judge ruled Newsom can't put his Democratic Party affiliation on the ballot after Newsom's campaign missed a deadline to submit his affiliation to the California Secretary of State. 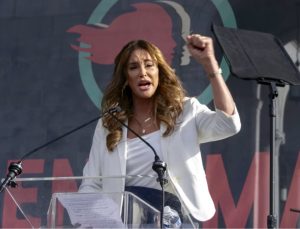 Still, no prominent Democrat has stepped forward as an alternative to Newsom and none of the Republican contenders who have announced have statewide name recognition similar to Schwarzenegger's in 2003.

According to the Inside Politics/Emerson poll, of the GOP contenders, conservative radio host Larry Elder leads with 16%, followed by former mayor of San Diego Kevin Faulconer and former Congressman and 2018 gubernatorial candidate John Cox at 6% each.

Reality television star and former Olympic athlete Caitlyn Jenner, who is being advised by former Trump campaign manager Brad Parscale, was the preference of 4% of respondents, while 53% were undecided and 14% preferred someone else.