April 25, 2017
Out of the Gate
Congress is back from Easter recess, and lawmakers face a daunting week leading up to Friday's Budget Deadline and the benchmark 100th Day of the Trump Administration Saturday. 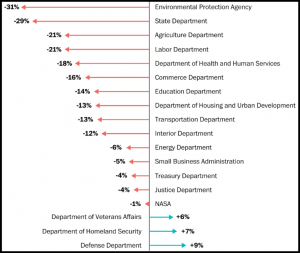 Republican Members, who are already in an uphill battle to produce a compromise version of the administration's 2018 budget proposal, are competing with the demands of a unpredictable President whose immediate priority is adding to his list of "achievements" before the traditional 100 day milestone for measuring his success.

Trump's "Blueprint" kicked off a months-long legislative process and debate for passage of a budget before funding for the new fiscal year begins October 1st. In the interim, Congress must pass a measure to keep the government operating past April 28th, when the current fiscal year funding runs out. 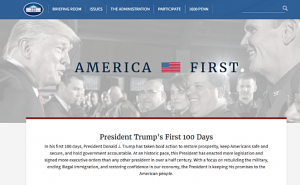 Neck and Neck
The true race is an internal one within the Republican Party, and the horses to watch are the President and House Speaker Paul Ryan as they negotiate between perception and reality of what can be accomplished by Friday.

Among the immediate obstacles are Trump's push for a second vote on repeal of Obamacare this week, and inclusion of funding in the budget measure for construction of a US-Mexico border Wall (although Trump appears to be conceding, for now).

In the meantime, the White House, Congress, RNC and the Democrats are waging an intense public relations war, on air and online, for public approval of their respective agendas.

Today WH Press Secretary Sean Spicer announced the launch of an official White House webage highlighting the accomplishments of "President Trump's First 100 Days," while the Democratic Leadership released it's second day of "Broken Promises" by the administration.
Final Stretch
Congress has until midnight Friday to pass a government funding measure or shutdown government operations until an agreement is reached. DemList will keep you informed on the race to the finish!

January 16, 2023 Today honors the memory of legendary civil rights leader Dr. Martin Luther King, Jr. One of history’s most significant visionaries and voices, he was struck down by an...