On March 9th, the US House of Representatives passed H.R. 842, the most significant, pro-worker revision of labor law since the passing of the original National Labor Relations Act (NRLA) of 1935.

Five Republicans joined Democrats in passing the historic legislation, 225-206, which would dramatically enhance the power of unions to organize and to reverse years of decline in their rights and membership. 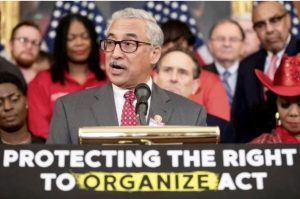 The labor movement has experienced a decades-long assault on workers' rights, funded by corporations and special interests, and accelerated under the Trump administration.

Union members earn on average 19% more than those with similar education, occupation, and experience in a nonunion workplace. Union membership today, however, is at just 10.8% compared to 33% in 1956.

"Everyone deserves the basic protections and dignities that come with a union card," AFL-CIO President Richard Trumka told NPR. "The day the PRO Act is signed into law, tens of millions more working people will finally be free to carry that power in our pockets." 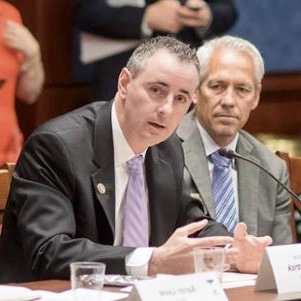 The Highlights
Right To Work
One of the bill's most significant provisions overrides "Right-To-Work" laws, which are actually anti-labor laws that claim to "protect" workers.

Workers can already opt out of full union membership and pay only for their "fair share" cost of collective bargaining with an employer. Under right-to-work laws, however, employees can opt-out of paying anything for the cost of that representation.

Although federal law already makes it illegal to force an employee to join a union or to make political contributions, the last ten years have witnessed an aggressive movement by conservatives to pass right-to-work legislation, which is now law in over two dozen states.

The PRO Act would give workers the power to override RTW laws and allow agreements between employers and employees to pay for their fair share cost of union representation in negotiating for benefits for all employees. 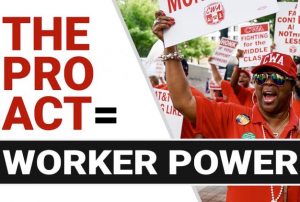 Union Elections: The Act would prevent employer interference and influence in union elections, including imposing mandatory meetings often used to lobby against a union organizing drive.

It would permit employees to vote away from their employer's premises, in a neutral, non-coercive and safe environment of their choosing, including using mail or electronic ballots. It also facilitates timely arbitration and mediation of initial collective bargaining agreements.

Employer Accountability: The Act would establish monetary penalties for each violation of an unfair labor practice by an employer. Corporate directors and other officers of the company could also be held liable.

It would also prevent employer misclassification, including exploitation of an employee due to their immigration status, and use of subcontractors to shield them from negotiating with workers whose working conditions they control. 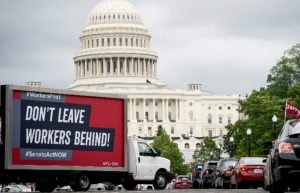 Next Steps
A similar version of the bill passed the House in February of 2020 but was blocked by the then-GOP majority Senate.

The PRO Act of 2021 now goes back to the Senate Committee on Health, Education, Labor and Pensions for consideration, this time under the new Democratic majority.

While that means the legislation is expected to make it to the full Senate for a vote, it is unlikely to secure enough Republican support to survive the 60-vote threshold needed to overcome a filibuster and become law.

May 19, 2017 It was the summer of 1964 and over one thousand out-of-state volunteers traveled to Mississippi to help register African-American voters and set up “Freedom Schools” in...