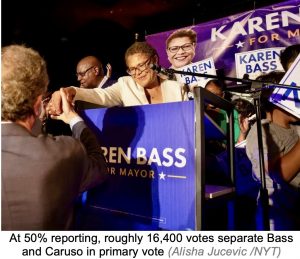 CALIFORNIA
Under California's universal mail-in voting system, where ballots postmarked on election day will be accepted for seven days after the election, only 50% of the vote in a majority of the races has been counted. DemList will provide a rundown on preliminary results for The Golden State tomorrow. In the interim, we know:

Governor Gavin Newsom (56.3%) and Republican Brian Dahl (16.8%), as the clear top-two all-party primary vote-getters, will face each other in November.

In both the US Senate Special Primary Election and the regular June 7 Primary Election, US Senator Alex Padilla (D) and Republican Mark Meuser will advance to the general election. 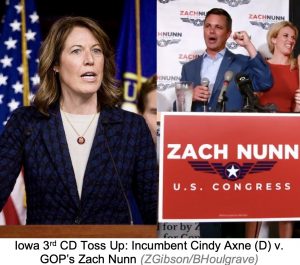 San Francisco District Attorney Chesa Boudin has lost his seat, with so-far 60% of voters casting ballots in favor of his recall. 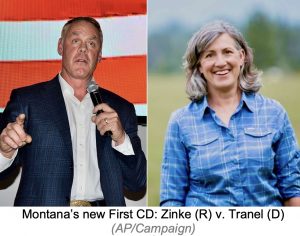 MONTANA
Montana picked up a second congressional district due to redistricting. In the new western First Congressional District, former Trump Secretary of Interior Ryan Zinke, who represented Montana in Congress from 2015 to 2017, won the close GOP primary with 41.4% to former State Senator Al Olszewski's 40%, followed by Mary Todd at 10.4%.

Zinke, who left the Trump administration under the cloud of several ethics scandals, will go head-to-head in the general election with attorney Monica Tranel, who won the Democratic primary with 65%. 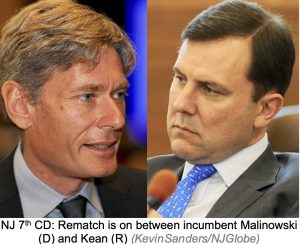 Seventh CD: Congressman Tom Malinowski, one of the Democrats' most vulnerable House incumbents, will face Thomas Keen, Jr., who won the GOP primary with 45.8% over next closest rival Philip Rizzo, with 23.7%. Keen, the son of former NJ Governor Tom Kean, Sr., lost to Malinowski by a percentage point in 2020. He gave up his seat as State Senate Minority Leader to focus on defeating the incumbent this year.

Eighth CD: Robert Menendez Jr., son of New Jersey's senior US Senator, easily won the Democratic primary to run for the seat being vacated by retiring Democratic Congressman Albio Sires. Menendez, who had Sires' endorsement, won 84% of the vote to take on Republican Marcos Arroyo, who was uncontested in the GOP primary. 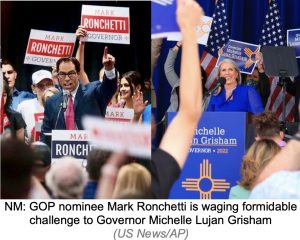 The Second Congressional District, which changed significantly under redistricting, now places two-term Republican incumbent Yvette Herrell in a toss-up seat. Herrell will be challenged by Democratic nominee Gabriel Vasquez, who defeated physician Darshan Patel 76.1% to 23.9% in the primary. Vasquez is a former Las Cruces Councilman and served as an aide to New Mexico US Senator Martin Heinrich.

SOUTH DAKOTA
Republican Governor Kristi Noem handily fending off a primary opponent with 76.4% of the vote, to face Democratic challenger Jamie Smith in the general election.

Noem resisted calls from Trump to take on Republican Senator John Thune, who incurred the former President's ire for not supporting objections to the 2020 presidential election results. Thune is being challenged by Democrat Brian Bengs in November.

October 2, 2020 Voters will cast their ballots for 435 congressional races in one month, and as part two of our House Races and Ratings, to follow is a rundown of the most vulnerable Democrats...