Tuesday's primaries produced big wins for progressive Democrats in their internal struggle for control of the direction of the party, while Republican primary voters sided with establishment candidates endorsed by Trump. 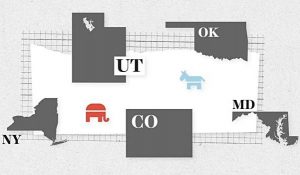 The New York congressional primary delivered the biggest upset of the night with the defeat of 10-term incumbent Democrat Joe Crowley in the 14th Congressional District (CD), and the victory of former NAACP President Ben Jealous in Maryland's Democratic gubernatorial primary.

Primaries were held in Colorado, Maryland, Oklahoma, Utah and New York on June 26th, along with runoff elections in Mississippi and South Carolina.

If Polis triumphs in November, he will be the first openly gay governor in American history. 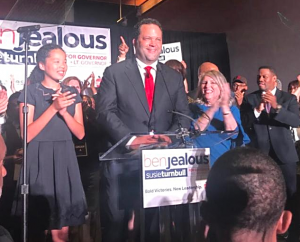 The high-profile race was viewed as a referendum on factions within the national Democratic Party, with Baker the establishment, Clintonesque favorite, and Jealous, who had the support of national progressive organizations, labor and Bernie Sanders. 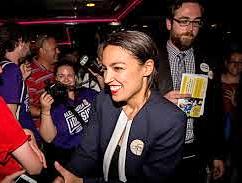 Related: DemDaily: Battling for the Rebound 6/21/18

NEW YORK
Seats Up: US Senate, US House (17D/9R/1 Vacancy).  The primary for Governor, State Executive offices, State Senate & Assembly, Local Judges, Muncipal and School board will be held September 13, 2018.

Long considered to be in line for the House Speakership, Crowley, who outraised Oasio-Cortez by a 10-to-1 margin, was painted as out of touch with his increasingly minority-majority constituency.

Ocasio-Cortez' 58% to 42% victory in the 14th CD, was hailed as a victory for the Party's left-wing -- and a tribute to the support of Senator Bernie Sanders, for whom she worked as a campaign organizer in 2016.

If she wins the general election against Anthony Pappas, the Republican nominee, she will be the youngest woman to be elected to Congress.

In what was thought to be a heated race in the 11th District Republican primary, incumbent John Donovan soundly defeated challenger and former Congressman Michael Grimm 64% to 36%. Donovan, who replaced Grimm after the Staten Island Congressman was convicted of felony tax evasion, received the public endorsement of Trump, and will be challenged by Democrat Max Rose in November.

Highlights: The contest to replace incumbent Republican Governor Mary Fallin, who is term-limited, will be between Democrat and former state attorney general Drew Edmondson, and the winner of the August 28th runoff between former Oklahoma City Mayor Mick Cornett, and self-funding businessman Kevin Stitt.

SOUTH CAROLINA
Incumbent Republican Governor Henry McMaster, appointed in 2017 following then-Governor Nikki Haley's elevation to UN Ambassador, won Tuesday's run-off against businessman John Warren. McMaster was an early Trump supporter, a positive for Republican primary voters, who responded to an online and in-person push from the President and Vice President Pence in the week leading up to Tuesday's run-off election.

Next Primaries: August 2nd in Tennessee and August 4th in the Virgin Islands.