In the daily roller coaster of voting in the age of coronavirus, eighteen states have postponed or extended the Democratic presidential primaries, and many, regardless, have moved to predominantly vote-by-mail. 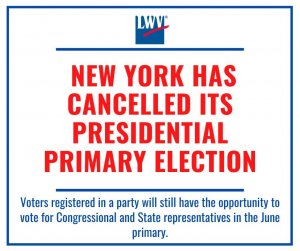 Several have changed their primary dates twice and Puerto Rico, along with Guam, have yet to schedule a new date. Only New York has cancelled its presidential primary altogether -- a controversial decision that is being challenged in court.

Under Democratic National Committee (DNC) by-laws, the states, which submit delegate selection plans a year in advance for review, are normally required to hold their primaries by June 9th. The unprecedented shutdown of the country due to the coronavirus pandemic, however, has historically upended any semblance of normal in the 2020 election cycle. 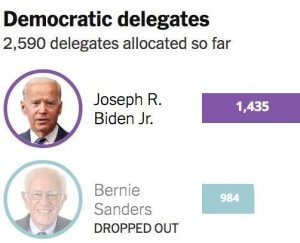 Although Sanders has endorsed Biden as the presumptive nominee, he is keeping his name on the ballot in remaining primary states in order to secure delegates and, therefore, influence over party platform decisions at the Democratic Convention in August. 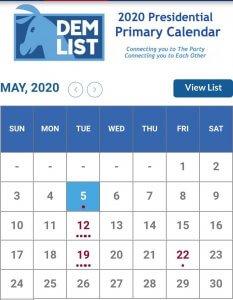 Tuesday night, President Trump announced “the winner” of his nomination choice to the United States Supreme Court as Neil Gorsuch of the 10th Circuit Court of Appeals in Colorado.