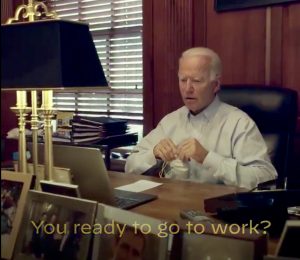 As Joe Biden was announcing his choice of Kamala Harris as his vice presidential nominee yesterday, the last official presidential primary was being held in Connecticut.

The "Constitution State" put Biden's final delegate count at 2624, wrapping up an unprecedented presidential primary season that saw over two dozen states postpone their primaries for months due to the coronavirus.

In addition to Connecticut, voters went to the polls in four other states on Tuesday for the regularly scheduled state primaries or runoff elections inGeorgia, Minnesota, Vermont and Wisconsin.

With now a majority of the country voting by mail, results from absentee ballots are still being counted, but most races have been called.

CONNECTICUT
In the blue state that Clinton won by 14% in 2016, all five Democratic incumbent members of Congress ran unopposed and are expected to be reelected in November. 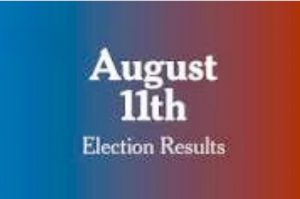 The Second Congressional District Republican Primary, however, is still undecided, despite one candidate dropping out.

With 92.4% reporting, Justin Anderson has an 11-point lead over Thomas Gilmer, the party favorite, who ended his campaign Monday night after being charged with second-degree strangulation and first-degree unlawful restraint of an ex-girlfriend. If he overcomes Anderson, Gilmer could still have a spot on the ballot in November against Congressman Joe Courtney, who won reelection in 2018 by over 20 points.

GEORGIA (Runoff)
Joyce Griggs is the winner of the First Congressional Democratic Primary Runoff over 2018 nominee Lisa Ring, 55.9% to 44.1%. A former military officer and former attorney, Griggs, who is African American and is running to promote more "racial and economic justice," will take on three-term Republican incumbent Congressman Buddy Carter.

In the videos, Greene, suggested that Muslims do not belong in government, thinks black people "are held slaves to the Democratic Party,"called George Soros, a Jewish Democratic megadonor, a Nazi, and said she would feel "proud" to see a Confederate monument if she were black because it symbolizes progress made since the Civil War.

This morning, however, President Trump congratulated and embraced Greene on twitter, calling her a "future Republican Star." Greene is favored over Democrat Kevin Van Ausdal In the solidly red district.

Republican Andrew Clyde and Democrat Devin Pandy will face off in November In the conservative Ninth Congressional District being vacated by GOP Congressman Douglas Collins, who is running in the November 3rd US Senate special election to replace retiring Senator Johnny Isakson (R). 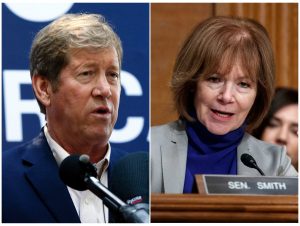 MINNESOTA
In the US Senate race, incumbent Democrat Senator Tina Smith will be challenged by former Second District Republican Congressman Jason Lewis, who was defeated in his bid for a second term by Democrat Angie Craig in 2018.

Smith served as Lieutenant Governor from 2015 to 2018 before being appointed to fill the United States Senate seat vacated by Democrat Al Franken, who resigned in January, 2018.

Smith won the November, 2018 special general election by over 10 points to fill his full term, and has been favored to retain her seat in November, but head-to-head polling against Lewis, which was released during yesterday's primary, shows the race has narrowed to a statistical dead heat.

According to an Emerson College poll, conducted August 8-10 among likely voters, Smith leads Lewis 48% to 45%, with just a remaining 7% of voters undecided.

The same poll shows 50% support for Joe Biden vs. 47% for Donald Trump, underscoring Minnesota's status as a battleground state. Hillary Clinton won the "North Star State," by 1.5% in 2016, but no Republican has won statewide office in Minnesota since 2006.

In Minnesota's Fifth Congressional District Democratic Primary, freshman Congresswoman Ilhan Omar fended off a well-funded challenge by attorney Antone Melton-Meaux. Omar won 57.4% to 39.2% secured by Melton-Meaux, who spent $4 million to try to unseat the popular member of the "Squad," a four-member group of progressive first-term women of color. 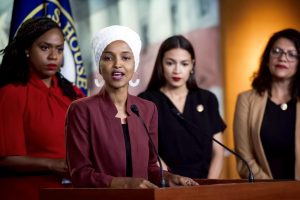 Omar, a Somali-American refugee, rose to national fame as the first Muslim woman to be elected into Congress in 2018, along with Democratic Michigan Congresswoman and fellow "Squad" member Rashida Tlaib.

Melton-Meaux raised hundreds of thousands in contributions by capitalizing on Omar's controversial statements last year criticizing the influence of pro-Israel donors. In the state's bluest district, Omar is expected to handily win her general election.

In Minnesota's Seventh Congressional District, the country's reddest district currently held by a Democrat, incumbent Collin Peterson will defend his seat to Republican nominee and former Lieutenant Governor Michelle Fischbach. In a district that voted for President Trump by a 30-point margin in 2016, the race is considered a toss-up. 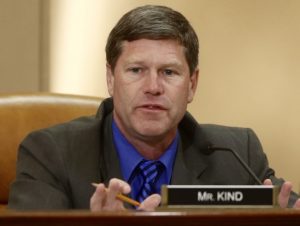 In the key presidential battleground state, where the top of the ticket is likely to sway voters, Biden is leading Trump by 4% in the latest CNBC survey, conducted August 7-9 among likely voters.

Next Up: August 18th State Primaries in Alaska, Florida and Wyoming.

February 26th, 2017 Yesterday, the members of the Democratic National Committee voted to make Tom Perez their next Party Leader. In the most dramatic and highly contested race for Chair of the...