The Olympic Games, the world's foremost sports competition, begin Friday in Tokyo, Japan under the cloud of a worldwide pandemic that has already delayed the event by a year.

The first modern version of the "Games of the Olympiad," inspired by the ancient Greek games, took place in Athens, Greece in 1896, with the first Winter Olympics taking place in 1924 in Chamonix, France. The Olympics are divided into summer and winter competitions which are held two years apart, every four years. 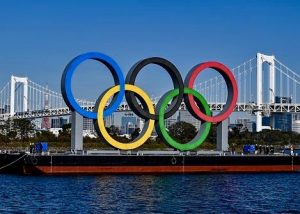 The Olympic Rings are five interlaced rings, representing the union of the five continents and the meeting of athletes from throughout the world (NBC)

Politicization of the Games
Although the Olympic Charter, first created in 1908, bans "political, religious or racial propaganda" at the Games, the event has still historically provided an international stage for protests, political statements and enhanced competition between countries in conflict with one another.

Prominent examples include the Nazi propaganda that pervaded the Berlin Games of 1936, the Soviet-Hungarian friction at the 1956 Games in Melbourne, Australia following the USSR's brutally suppression of the Hungarian revolution, and the prominent contests for medals counts between the United States and the Soviet Union during the height of the Cold War.

It was also on display in the controversy between China and Taiwan leading up to the 1976 Montreal Games, the manifold disputes resulting from South Africa's apartheid policy from 1968 to 1988, the US-led boycott of the 1980 Moscow Games in protest of the Soviet invasion of Afghanistan in 1979 and the retaliatory boycott of the 1984 Los Angeles Games by the Soviet bloc. The most tragic, however, was the murder of Israeli athletes by terrorists at the 1972 Games in Munich, West Germany. 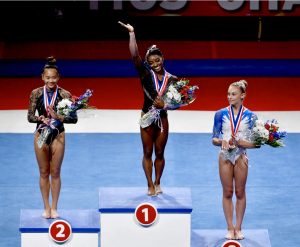 US Gymnastics superstar, Simon Biles, who won Gold in the All-Around in 2016 Olympics, will compete in Tokyo

Tokyo
The Tokyo Olympics have faced considerable challenges, including the recent decision to hold the Games without spectators due to the spread of the pandemic in Japan.

An Ipsos Global Advisor poll released last week showed that 78% of respondents in Japan believed the Olympics should not go ahead, and this week, 80 people associated with the games, including half a dozen athletes, tested positive for COVID-19. 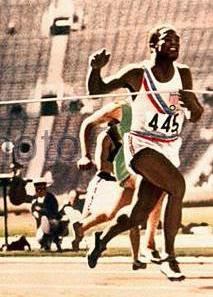 Olympians Turned Politician
For the history buffs, a few former Olympians who channeled their athletic energy into politics.

Democrats who competed in the games:
Two-time Olympian Ralph Metcalfe won gold, silver & bronze medals in both Los Angeles in 1932 and in Berlin in 1936, including Metcalfe's historic part in the gold medal-winning 4x100 relay team.

Metcalfe represented the Southside of Chicago on the city council from 1955-1970 before being elected in 1971 to the US Congress from Illinois, where he served until his death in 1978.

Maryland native Tom McMillen was on the cover of Sports Illustrated in high school, played at the University of Maryland, in the NBA, and on the 1972 Olympic basketball team. 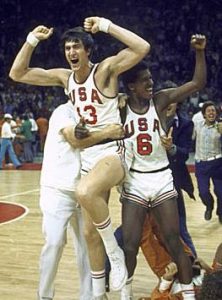 McMillen was elected to Congress in 1987 and served three terms before losing is seat to redistricting. In 1993 President Clinton appointed him Co-Chair of the President's Council on Physical Fitness.

Bill Bradley played basketball at Princeton, internationally, and pro-ball with the New York Knicks before winning the gold in the 1964 Tokyo Olympics. He was elected New Jersey's US Senator in 1978, serving for 20 years before his unsuccessful 2000 bid for president.

Republicans that made the leap:
Don Lash, who set a world record for the two-mile run in 1936 and competed in the 1936 Summer Olympics Member, served in the Indiana House of Representatives from 1973-1982. 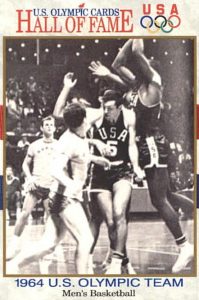 Mitt & Ann Romney: The US Senator and former GOP Presidential candidate served as president and CEO of the 2002 Salt Lake Winter Olympics. Ann's dressage horse Rafalca competed in the 2012 and 2016 Olympics.