In a decision announced Monday, the Supreme Court of the United States (SCOTUS) cleared a path for states to legalize gambling on sports.

In Murphy v. National Collegiate Athletic Association, the Supreme Court ruled that the Professional and Amateur Sports Protection Actviolated the 10th Amendment of the U.S. Constitution because it illegally empowered the federal government to order actions that prevented states from making their own regulations regarding sports gambling.

The law prohibited state-authorized sports gambling on professional and amateur sports nationwide, with the exception of a few states, Oregon, Delaware, Montana and Nevada, that were granted "Grandfather" provisions, allowing for specific existing forms of sports gambling to continue in their states. 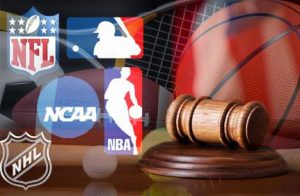 In addition, Congress provided a one-year window of opportunity for states which operated licensed casinos for the previous ten-year period, like New Jersey, to pass laws permitting sports wagering. That did not, however, extend to all other forms of gambling like parimutuel horse and dog racing.

New Jersey, therefore, decided to take a separate route.  After voters approved an amendment to the State Constitution giving the legislature the authority to legalize sports gambling, the legislature enacted a law in 2012 doing just that.

Ultimately, the Third Circuit Court of Appeals found for the sports leagues, and enjoined the state from enacting the law -- but also ruled that PASPA did not prevent New Jersey from repealing any existing laws.

The NCAA and major sports leagues again filed suit, and prevailed at the District Court and Third Circuit, but New Jersey (under the name of Phil Murphy, its current Governor) successfully petitioned the US Supreme Court, which accepted the case in June of 2017. 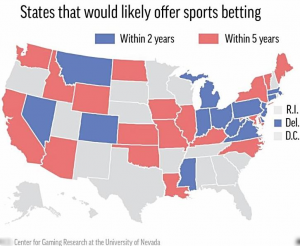 What Does It Mean?
SCOTUS' ruling does not, in itself, mean that sports betting is now universally legal. What is does mean is that individual states are now free to pass laws that would legalize sports gambling within their borders.

The larger picture, however, is not about gambling itself, but about states' right to regulate themselves, and whether the federal government can compel state governments to take particular actions.

Is it unconstitutional, for example, for the Trump administration to force state and local "sanctuary jurisdictions" to cooperate with federal immigration policy?

The battle is far from over.

DemDaily: Connecting You to The Party

Join DemList and WNDC in Welcoming Chairman Tom Perez and the Officers of the Democratic National Committee as we celebrate a new era of leadership for the Democratic Party.