The 2020 presidential field continues to expand, with one new candidate and at least four others waiting in the wings.

Ohio Congressman Tim Ryan announced his candidacy on Wednesday, bringing the total to 16 significant contenders for the Democratic nomination.

Background
Timothy John Ryan, 45, was born in Niles, Ohio to parents of Irish and Italian ancestry, and "a long line of factory workers who helped build our nation into a powerhouse of innovation." 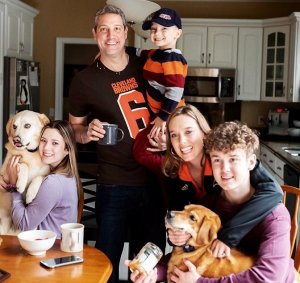 Ryan and wife Andrea Zetts, a teacher, and family

After graduating from Bowling Green State University in 1995, Ryan worked as an aide to Congressman Jim Traficant (D-OH) before earning a law degree from the University of New Hampshire.

Elected to the Ohio State Senate in 1999, he served for two years before successfully running to succeed Traficant in what is currently Ohio's 13th congressional district.

Ryan has represented the northeastern district, which runs from Youngstown to Akron since 2013, and is a member of the House Appropriatiions Committee and the Budget Committee.

Known as an independent thinker in the House, Ryan mounted a leadership challenge to then House Minority Leader Nancy Pelosi (CA) following the 2016 presidential election, losing by a vote of 134-63.

The veteran congressman is a close ally of labor, but is counting on his reputation as a business-friendly centrist who has the ability to bridge the gap between white, blue-collar workers in the Rust Belt and the growing base of nonwhite, liberal city dwellers.

Website:  https://timryanforamerica.com/
Ryan's Books:  Healing America: How a Simple Practice Can Help Us Recapture the American Spirit (2018), The Real Food Revolution (2014), and A Mindful Nation (2012) 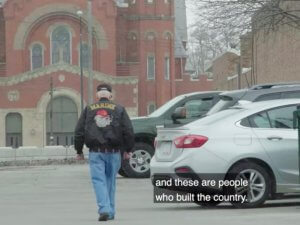 Ryan's Announcement Video: a message on the plight of middle America (click/watch!)

In The Wings
Former Vice President Joe Biden is expected to announce April 22nd. Montana Governor Steve Bullock is staffing up, and Senator Michael Bennet (CO), who announced Wednesday that he has prostate cancer, has vowed to run if and when he is declared cancer-free. Former Virginia Governor Terry McAuliffe, an uncertainty until recently, is expected to announce by the end of the month.

March 14, 2018 The Democratic victory last night in the special election for Pennsylvania’s 18th congressional district was an appropriately dramatic cliff hanger amidst the daily swirl of...