In 1991 Attorney and Professor Anita Hill testified before the Senate Judiciary Committee that she had been sexually harrassed by her former boss, Clarence Thomas, who was being considered for the US Supreme Court.  The televised grilling she received by the all-male panel and their dismissal of her allegations (and others) ignited public opinion. 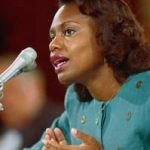 Although Thomas was ultimately appointed to the nation's highest court, the incident drew national attention to the issue of sexual harrassment, eventually changing federal law and the way private industry handled such cases. It also motivated women to run for office.

A year after Hill's testimony a record two dozen new women were elected to the US House and four to the Senate, crowning 1992 "The Year of the Woman."

Now, 26 years later, first-time femaie candidates are running again in record numbers, from State House to US House, and in municipal races across the country.

Whether motivated by the presidential election, the Women's March, Trump's attacks on women's healthcare and civil rights, or the flood of sexual misconduct allegations against public figures and the President himself, the #MeToo movement of this generation is ready for revenge. 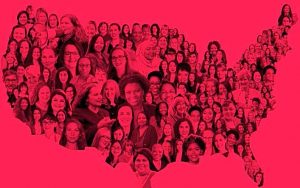 The new flood of women running are also overwhelmingly Democrats, laying the groundwork for a "Pink Wave" that may usher in new Democratic majorities in the United States House and Senate.

The US House
Partisan Breakdown: Democrats 193 to Republicans 238 (and four vacancies) 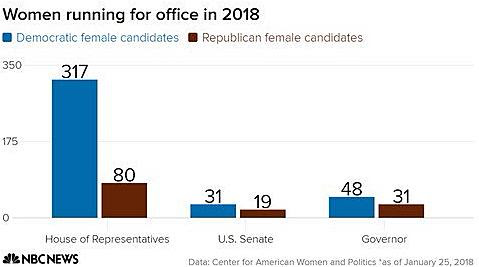 Twice as many Democratic women are running for Senate seats as Republican women.

At least 79 women are exploring runs for governor in 2018, twice the number who ran 25 years ago. 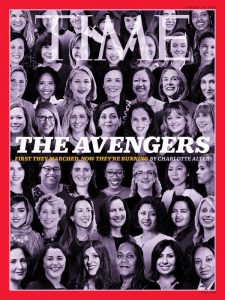 Although 41% of women voted for President Trump, his approval rating with the gender, according to Gallup, hit a dismal 31% in December -- down from a starting low of 39% when he took office.

That is good news for Democrats, as women made up 52% of the 2016 voting population, and averaged an even higher turnout in primary races.

The key to success in 2018 will be gettng out many of the women who stayed home in 2016, particularly millennials.

As always, it will be up to the women to make it happen.