Donald Trump's policies and actions in office have spurred a new level of activism - with literally millions marching worldwide over the last 100 days in the Women's March on Washington, The Tax March, The Science March, and other actions in thousands of cities across the United States. 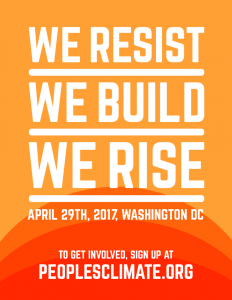 But unlike other coalitions that sprang from the aftermath of the 2016 presidential, the People's Climate Movement, has been working since 2014 to combat an issue that rises above all politics (or should) - climate change.

As the organizers of this Saturday's People's Climate March, they represent a steering committee of over 50 organizations and 500+ other partner organizations.

Their Mission: To work together "to solve the climate crisis and address the growing pollution of our air and water, while also assuring the creation of good jobs in our communities."

Their Conclusion: "Securing climate justice means a commitment to the fights for (all) economic and racial justice."

What you need to know about the People's Climate March 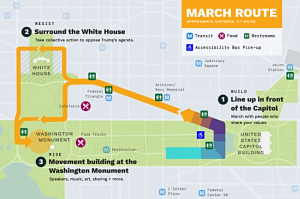 Sister Marches: In cities across the country.
Find one near you!

By holding the march on Donald Trump's 100th day in office, the movement hopes to bring attention to the devastating outcome of Trump planned climate policies, including the repeal of the Clean Power Plan and other Obama-era regulations.

From 50,000-100,000 are expected to be among those mobilizing to "stand up against Trump's attacks on our climate and communities and fight for a new economy that works for people and planet." 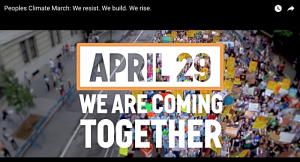 Submit your events, meet-up and protests in DC and the states to the DemList National Calendar!

Help DemList keep you informed with a Contribution Today

July 18, 2018 Now 110 days away from the mid-term elections and the start of the official presidential season, the positioning and posture of potential presidential candidates is underway. The...