The partisan breakdown of the 117th Congress of the US House House of Representatives stands at 222 Democrats to 213 Republicans, with one possible turnover still lingering from the 2020 cycle, and five special elections slated for 2021.

THE LAST OF 2020
In New York's 22nd Congressional District, incumbent Democrat Anthony Brindisi lost to former Congresswoman Claudia Tenney in a rematch of their 2018 election, when Brindisi unseated Tenney. After an extensive court battle, Tenney was declared the winner by 109 votes on February 5, 2021. 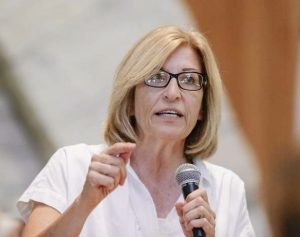 Miller-Meeks was provisionally sworn in January 3rd, but the election is still undergoing a challenge by Hart, a former state senator, who claims that 22 legally-cast ballots had been incorrectly excluded from the count.

On December 22, 2020, Hart contested the election results to the US House Administration Committee, who met for the first time February 10th. If the committee recommends the matter to the full House, the chamber will conduct its own full review and hand recount before deciding the outcome by a majority vote. 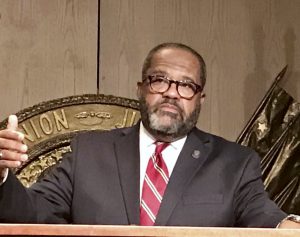 State Senator Troy Carter has been endorsed by Richmond (thenewsstar)

Richmond was elected to the New Orleans-based district in 2010 with 65% of the vote, and subsequently won reelection each cycle by an average of 67%. 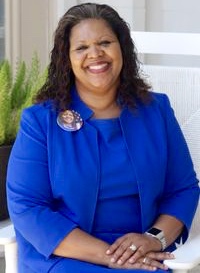 Congressman-elect Luke Letlow, who filled the seat vacated by retiring Congressman Ralph Abraham, died of COVID-19 on December 29, 2020, just five days shy of being sworn into Congress. He was 41 years old.

Candidates
In the historically Republican district, 12 candidates have declared their intention to run, led by Luke Letlow's widow, Julia Letlow, an administrative executive assistant at the University of Louisiana Monroe.

Small business owner and social worker Candy Christophe, who secured 16.4% in the 2020 open primary against Luke Letlow, is the only Democrat running in special election.

Congresswoman Debra Haaland has been nominated as Secretary of the Interior in the Biden administration. A former Chair of the New Mexico Democratic Party, in 2018 she became one of the two first Native American women to be elected to Congress. She was reelected in 2020 with 58.2% of the vote. 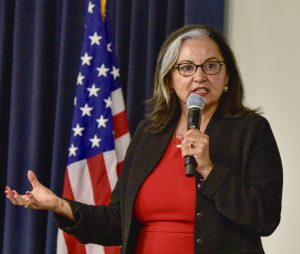 If confirmed by the US Senate in her February 23rd hearing, Congresswoman Haaland will resign, leaving the Governor Michelle Lujan Grisham (D) ten days to set a date for the special election -- to be held no less than 77 days or more than 91 days after the vacancy date.

In lieu of a primary election, the state's major political parties' central committees will select their nominees from a list of currently eight Democrats and four Republicans contenders.

Although a Democratic-leaning district, Republicans controlled the seat for 40 years, until now-US Senator Martin Heinrich won the district in 2008. Of the four special elections, New Mexico's First CD is expected to be the most competitive. 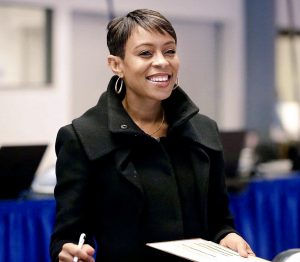 Shontel Brown, one of the leading candidates in Ohio's 11th (twitter)

On February 4th, the Senate Banking Committee advanced the nomination of Congresswoman Marcia Fudge as Secretary of Housing and Urban Development, which now awaits a confirmation hearing before the full Senate.

Fudge has represented Ohio's Cleveland-based 11th District since August of 2008, following the death of Congresswoman Stephanie Tubbs Jones. She was subsequently reelected in the heavily Democratic district by at least 79% of the vote each cycle.

Once Fudge is confirmed, Ohio Governor Mike DeWine (R) will call a special election, likely be held on the regularly-schedule May 4, 2021 primary, with the special general election to be held August 3, 2021.

Five Democrats have announced for the seat, including perceived frontrunners Nina Turner and Shontel Brown. Turner, a former State Senator and President of the progressive organization Our Revolution, has far outraised any competitors, with $650,000 as of the end of December. However, Brown, a Cuyahoga County Councillor and Chair of the Cuyahoga County Democratic Party is expected to receive the endorsement of Marcia Fudge once the Congresswoman steps down.

No Republicans have filed for the seat to-date.

Texas 6th Congressional District
Incumbent: Ronald Wright
Special Election: TBD
On February 7, 2021, Republican Congressman Ronald Wright passed away, leaving the heavily Republican Sixth District, anchored in Arlington, Texas, vacant. Wright, elected in 2018, had been diagnosed with lung cancer in June 2019, and died from complications due to COVID-19. A special election date has not been determined.

September 25, 2020 39 days out. The cast of West Wing, Andrew Yang, Mark Cuban, Maya Harris, Samantha Power and more join the download of the new Biden-Harris events on the calendar. Contribute...