House Democrats announced that they will hold a series of hearings this week to further examine the contents of Special Counsel Mueller's report and obstruction of justice by President Trump.

The hearings follow the heightened call for impeachment since former Special Counsel Robert Mueller broke his silence two weeks ago in a press conference, highlighting his key conclusions from the 22-month investigation conducted by his office.

Speaker Nancy Pelosi has since been under mounting pressure to proceed with impeachment hearings against the President, but has resisted the calls, citing the need to complete further investigations.

The hearings, criticized as "a mock impeachment trial" by Republican Judiciary Committee Doug Collins, appeases some Democratic caucus members by providing an opportunity to delve into the details of the Mueller report, and shed a public light on the crimes outlined in the 448-page document. 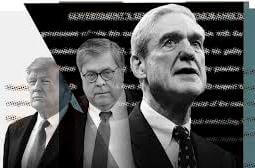 Mueller's May 29th, nine-minute measured statement, which quoted directly from portions of his final report, painted a clear contrast to some of the conclusions drawn by Attorney General William Barr's four-page summary of the report, released March 24th.

Chief among those was Barr's claim that the report exonorated the President of corruption.

Mueller said there was not enough evidence to establish a conspiracy between the Trump campaign and Russia, but he said he could not exonerate Trump on obstruction.

Mueller also stated that his team did not make a determination as to whether Trump committed a crime or not because they operated under DOJ guidelines that a sitting president can not be indicted.

He noted, however, that the DOJ's policy opinion "explicitly permits the investigation of a sitting president and, in what was perceived as a nod to Congress, Mueller noted, "The opinion says the Constitution requires a process other than the criminal justice system to formally accuse a sitting president of wrongdoing." 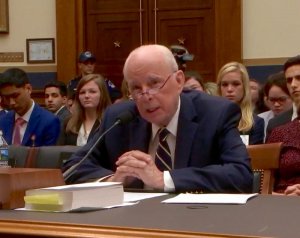 According to The Washington Post, Trump and his administration have failed to respond to, or comply with, at least 79 requests for documents or other information.

Investigating The President
There are so far three congressional actions scheduled this week.

Monday, June 10th
Committee on the Judiciary
Hearing: Lessons from the Mueller Report: Presidential Obstruction and Other Crimes

Prior to today's 2:00pm hearing, House Judiciary Committee Chairman Jerry Nadler (D-NY) stated, "Given the threat posed by the President's alleged misconduct, our first hearing will focus on President Trump's most overt acts of obstruction."

Of the four legal experts that testified before the Committee today, the most anticipated was former Nixon White House Counsel John Dean, who was a central witness in the 1973 Watergate scandal, and who pleaded guilty to obstruction of justice in 1973 after cooperating with the Watergate special prosecutor.

In his statement, Dean said his purpose was to "give a little historical perspective on the Mueller report," providing six parallels between President Nixon and President Trump's acts.

Dean was one of more than 1,000 former federal prosecutors that signed on to a letter stating that Trump would have been indicted if he were not president. 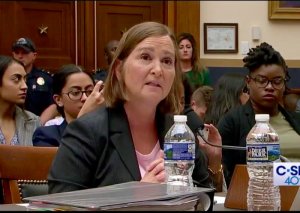 Barbara McQuade, former US Attorney (MI) "The conduct described in the report constitutes multiple crimes of Obstruction of Justice. It's supported by evidence of guilt beyond a reasonable doubt."

That vote was to include contempt by Attorney General William Barr as well, but in a deal reached today, the Department of Justice (DOJ) has agreed to turn over key evidence involving obstruction from the Mueller report to the House Judiciary Committee.

While charges against Barr are on hold for now, if the Committee does not eventually receive all of the classified information from the report, as subpoened and constitutionally granted to them under the investigative fact-finding power of Congress, then it may move forward with legal action.

The House will also vote to reaffirm the authority of House committee chairs to expedite going to court to enforce their subpoenas, without requiring a full House vote.

House Intelligence Committee Chairman Adam Schiff (D-CA) stated that the goal will be to explain "the serious counterintelligence concerns raised by the Mueller report, examine the depth and breadth of the unethical and unpatriotic conduct it describes, and produce prescriptive remedies to ensure that this never happens again."

Other Paths
Separately, Speaker Pelosi and House Democrats are considering legislative remedies to "safeguard democracy" in response to the wrongdoings outlined in the Mueller report.

Those may include pardon reform, intelligence sharing, election security and obstruction of justice by a sitting president, and requiring presidential campaign aides and entities to report foreign contacts and influence.

Still to be determined is whether the House will subpoena Special Counsel Mueller himself to testify.

May 25, 2021 Today marks a year since the death of George Floyd, a black man killed during an arrest at the hands of a white police officer, as played out on video in painful detail before the...