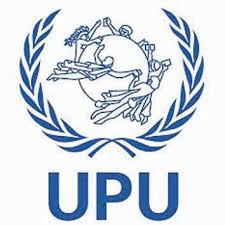 One of the unknown but direct consequences of Trump's trade war with China is the potential impact it will have on the future of oversees voters.

On October 17th, the Trump administration is expected to withdraw the United States Postal Service (USPS) from the Universal Postal Union, which establishes the terms of mail and postal parcels between countries.

The withdrawal would end 145 years of U.S. involvement in the international body, which is a part of the United Nations.

If all moves forward as planned, it would not only change the landscape of global shipping, but could more immediately threaten delivery of overseas absentee ballots and the outcome of elections this Fall.

Background
In 1969, the more developed members of the UPU agreed to charge poorer nations a discounted fee to process small packages (those weighing less than 4.4 pounds). 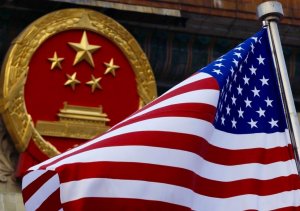 At the time China was still a developing country. However now, as the world's second largest economy, the Administration argues it should no longer be able to ship to the US at a discounted rate.

While seemingly sound in principle, the decision, like so many from the Administration, was made without consideration for the extreme consequences.

It is expected to trigger a rate increase of at least 300% on postal parcel traffic to the US from heavy net exporting countries, and U.S.-based international shippers will have to pay more because USPS will no longer have negotiated service agreements covering international shipments.

Americans Abroad
It would also disenfranchise US civilians and members of the military who cast their votes from abroad, and who may have to pay $60 or more to send their ballots back to the U.S. in order to be counted.

In 2018, overseas civilians, who vote overwhelmingly Democratic, represented 56.6% of registered voters, whereas 42.1% were uniformed services members and their eligible family members.

They technically vote in the US state where they are registered, but each state has different procedures and deadlines. 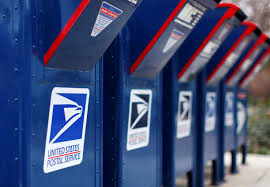 Under the Uniformed and Overseas Citizens Absentee Voting Act of 1986 (UOCAVA), election officials must mail absentee ballots 45 days in advance of an election to military and U.S. citizens living abroad.

That means ballots for this year's elections for governor and the legislature in Kentucky, Louisiana, Mississippi, New Jersey and Virginia must be mailed by the third week in September.

According to Democrats Abroad Chair Julia Bryan, "Americans living abroad already face challenging deadlines in returning their ballots by mail -- a requirement in some of the biggest state elections this year."

Democrats Abroad, an official organization of the US Democratic Party, has 42 country committees throughout Europe, the Americas, the Middle East, Africa and Asia, and members in more than 190 countries around the globe who vote in every state and Congressional District in the United States. 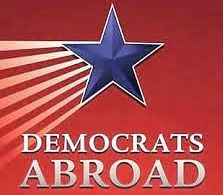 The votes of Democrats abroad are credited with bringing home wins for Senator Maggie Hassan in New Hampshire and Governor Roy Cooper in North Carolina in 2016.

Similarly, in 2018 they made up the margin of victory in Florida, which boasts a big military contingency abroad, for Agricultural Commissioner Nikki Fried, the only Democrat to win statewide.

The Stand Off
On September 25 and 26 in Geneva, Switzerland, country representatives of UPU will meet for an " Extraordinary Congress,
" the third such gathering in the body's history, to vote on "possible revision of small packet remuneration rates" and the future of US participation.

The Trump Administration has stated, in order to stay a member of UPU, the US be allowed to use private commercial logistics partners and set its own rates for the delivery of small packages, which is the bulk of e-commerce coming from China.

Regardless, it is up to President Trump, who is within his authority to implement the withdrawal.

July 26, 2017 In a less than transparent effort to steer the focus of the headlines away from his Russian investigation woes, President Trump announced today on twitter that the US Government will...

DemDaily: The State of the Democratic Race

While the Republicans are grappling with rebuilding their fractured party and uniting around their controversial nominee, the Democratic primary contest continues.