Today marks a year since the death of George Floyd, a black man killed during an arrest at the hands of a white police officer, as played out on video in painful detail before the eyes of an anguished national audience. 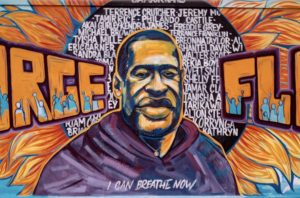 The incident set off protests nationwide and, in the subsequent months, the largest civil rights uprising since the 1968 death of Martin Luther King, Jr.

Within days, demonstrations rose up in hundreds of cites nationwide, protesting not only Floyd's death but recent high-profile killings by white police officers of African Americans Breonna Taylor in Louisville, Kentucky; Ahmaud Arbery in Brunswick, Georgia; Eric Garner in New York City; Freddie Gray in Baltimore and others.

By June, more than 60 million Americans had been placed under curfews, affecting people in more than 200 US cities and at least 27 states. Demonstrations, at that point, had also occurred in an estimated 60 countries. 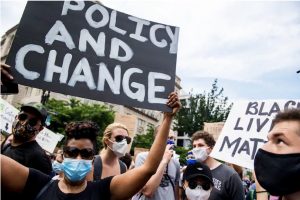 The tragedy of George Floyd's death became a symbol of police brutality and suppression, particularly of African Americans, and has since served as an awakening for a country forced to look itself in the mirror and reexamine its record on racial injustice.

Since Floyd's death, 3,000 police reform bills banning dangerous law enforcement practices have been proposed across the country, with over 260 bills passing across 39 states. At least 16 states and DC have restricted neck restraints, 10 have mandated or funded body cameras, 5 have restricted no-knock warrants, and 4 have established limits on qualified immunity for officers.

The public, however, still awaits substantive federal reform -- in both policy and in practice. 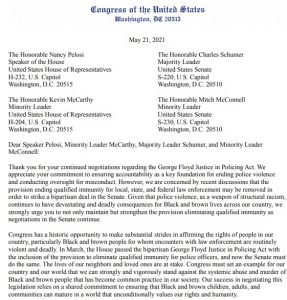 Meaningful Change
On March 3rd, the House passed the George Floyd Justice in Policing Act of 2021, which would prohibit racial profiling at every level of law enforcement, ban chokeholds, carotid holds and no-knock warrants, institute a national police misconduct registry and an overhaul of legal protections under qualified immunity.

The bill passed the House by a vote of 220 to 212, largely along partisan lines. While there is bipartisan support for passing police reform legislation, opposition from the GOP to certain provisions have stalled the bill in the Senate.

The biggest hurdle is over the doctrine of qualified immunity, which shields state and local government officials, including law enforcement officers, from most liability in civil suits.

Democrats would like to eliminate qualified immunity altogether to force accountability, while Republicans argue the protections are essential for police to be able to carry out their jobs. 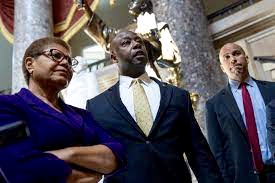 Although they did not meet President Biden's goal of passing the legislation by today's anniversary, the lawmakers said they "remain optimistic" about success.

One Year Later
On Sunday, Floyd's family marched with hundreds of people in the first of numerous rallies and remembrances held nationwide to mark the anniversary of his death. 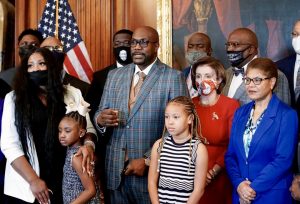 In Minneapolis, at 2:00pm today, Governor Tim Waltz (D) led a nine-minute and 29-second moment of silence in memory of Floyd's death.

After meeting with US House Speaker Nancy Pelosi this morning, Floyd's family met with President Biden and Vice President Harris in a private session this afternoon.

The most hopeful words today came from Philonise Floyd, the brother of George Floyd, who said, "I think things have changed. I think it's moving slowly, but it's making progress."

"When you see a police officer, you see somebody that you respect, somebody that's out there serving America and they're supposed to make sure that you're okay," Floyd said. "But when an officer takes somebody's life, to me that's not a mistake because a mistake can be erased. You can't get that person back and that family will have to go through what we went through for an entire year."

SignUp for the Daily briefings on issues, politics and the players
Follow on Facebook, Twitter and LinkedIn
Sources: US House, The Hill, MSN, CNN, NBC, The Dispatch, New York Times, NCSL

June 22, 2022 Voters in five states went to the polls Tuesday. Primaries took place in DC and Virginia, and runoff elections were held in Alabama and Georgia, as well as in Arkansas for several...

Convention 101: The first of regular updates on the 2016 Presidential Convention.