DemList is on the road back to HQ in Washington, DC to march with the inspiring Parkland student survivors, allies and advocates of responsible gun control legislation.

So, in the interest of keeping our readers and public informed, we are forwarding again important information and logisitcs on the #MarchForourLives Rally in Washington, DC and other cities tomorrow. PLEASE FORWARD to help keep the march organized, safe and successful!

This Saturday, March 24th, the children and families of March for Our Lives will take to the streets of Washington, DC and in over 800 "sibling" marches across the country and around the world, to demand that their lives and safety become a priority, and that we end gun violence and mass shootings in our schools.

The March, which is organized by the Parkland school shooting survivors, follows the March 14th National School Walkout, when close to one million students walked out of their classrooms for seventeen minutes - one for each of the 17 people killed at Florida's Marjory Stoneman Douglas High School.

What You Need to Know!
The walkout, and the March, are part of a call-to-action for a comprehensive and effective bill to be immediately brought before Congress to address gun violence and school safety.

Find a March Near You: Join one of the 800+ events worldwide! 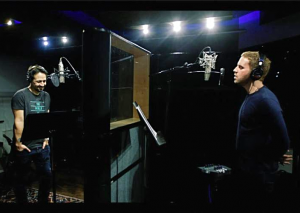 Mission & Call To Action
*  Ban the Sale of Assault Weapons: Of the 10 deadliest shootings over the last decade, seven involved the use of assault weapons.

*  Prohibit the Sale of High-Capacity Magazines: Limiting the number of bullets a gun can discharge at one time will at least force any shooter to stop and reload, giving children a chance to escape.

January 14, 2020 Tonight’s Democratic Presidential Primary Debate, the seventh of twelve sanctioned by the DNC, will kick off at 9:00pm ET from Drake University in Des Moines, Iowa. Last...