Wheels down Ohio! DemList is on the ground in the critical battleground Buckeye State for the fourth Democratic primary debate tonight featuring twelve of the presidential contenders. 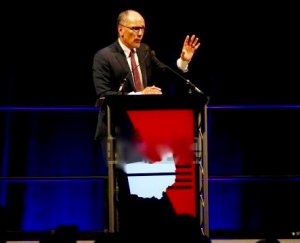 As with past debates there is a whirlwind of activity leading up to the main event, starting with the the Ohio Democratic Party (ODP) State Dinner at the Columbus Convention Center Sunday night, where DNC Chair Tom Perez, ODP leadership and five of the contenders addressed a crowd of 1,000 party faithful.

On Monday, Perez began a marathon of events throughout the state, kicking off at 8:00am by joining members of United Auto Workers Local 696 striking outside of the General Motors Parts Distribution Center near Cincinnati. 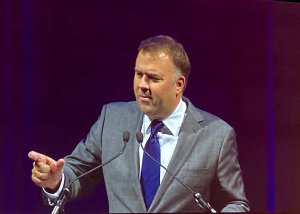 At 11:00am Perez participated in a Gun Violence Prevention discussion with survivors and advocates in Dayton, before participating in a 1:00pm Rural And Agricultural Roundtable with local Dairy Farmers in Raymond, Ohio to Discuss President Trump's Broken Promises on Agriculture.

At 3:00pm Perez met with the founder and senior women leadership of Jeni's Splendid Ice Creams in Columbus to highlight the importance of women-owned businesses, and at 4:00pm, Ohio Congresswoman Joyce Beatty leading a Voter Protection Training, which is a part of the DNC's Seat At The Table Initiative. 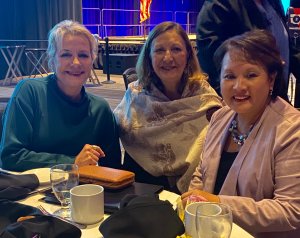 The program is a joint initiative of the DNC's Women's Caucus, the DNC's Black Caucus, the Congressional Black Caucus PAC, and black women elected officials and community leaders, and is targeted at engaging, organizing and mobilizing African American women across the country ahead of the 2020 election.

That will be followed by a 11:30am meeting with Perez and Young Ohio Elected Officials At Graeter's Ice Cream Shop in Westerville.