Some of the confusion driven by the number of presidential candidates, now 24, lies with the recent inclusion of two candidates as yet unknown to much of the public. 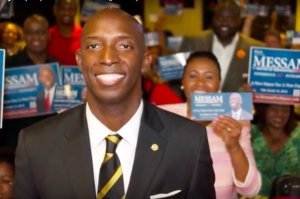 Background
The son of Jamaican immigrants, and fourth of five children, Wayne Messam, grew up in South Florida, where his father worked in the sugar cane fields of the Glades.

He attended Florida State University where he played as a wide receiver for the Florida State Seminoles and was a key member of the 1993 national championship team.

Messam graduated from FSU in 1997 with a B.A. in Management Information Systems and, in 2007, founded Messam Construction, which specializes in "green" construction projects.

He was first elected to the Miramar City Commission in 2011, and in 2015, defeated a four-term to become Miramar's first black mayor. He was re-elected in March of 2019 with 86% of the vote.

As mayor of a city of 150,000 residents, Messam governs a racially diverse population, 47% of which are black and 36% Hispanic. 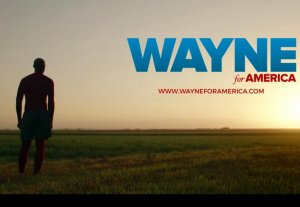 Messam: "I am passionate about the American dream because it's not a fictitious thing for me. It's real for me." (Click/Watch)

Messam, 44, touts the city's standing as one of the country's fastest growing economies, and his work in raising wages for city workers and managing the aftermath of Hurricane Irma.

As a city mayor in the same county where the 2018 Parkland school shooting happened, he sued the state of Florida for pre-empting municipal gun laws.

Messam has distinguished himself nationally as a board member of the National League of Cities, and as President of the National Black Caucus of Local Elected Officials.

Citing the "slipping away" of the American dream, the focus of his presidential campaign will be on canceling the $1.5 trillion in student loan debt.

Wayne and his wife of 20 years, Angela, have three children: Wayne II and twin daughters, Kayla and Kyla.

MIKE GRAVEL
Former two-term US Senator from Alaska, Mike Gravel, who amassed an internet following in his 2008 presidential campaign, launched his 2020 bid on April 2nd.

Gravel's stated goal for running was to reach the required 65,000 donor threshold to get onstage for the Democratic Party debates to espouse his non-interventionist foreign policies. 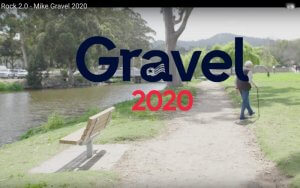 He, in fact, initially discouraged people from voting for him, saying that he prefers the candidacies of Bernie Sanders and Tulsi Gabbard.  On April 29th, however, Gravel announced he was running to win, not just to participate in the debates.

Background
Gravel, 88, who served in the Senate from 1969 to 1981, is an Army veteran and graduate of Columbia University.

Gravel was elected to the US Senate in 1968, at the height of the Vietnam War, and became nationally known for his efforts to end the draft, and for reading the Pentagon Papers into the public Congressional record in 1971.

He was reelected to the Senate in 1974, but was defeated in his primary election in 1980.

In 1989 Gravel founded The Democracy Foundation, which seeks to replicate the original 1787 Constitutional Convention in bringing about "direct democracy." 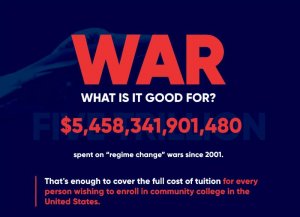 He launched his 2008 campaign in 2006, and drew national attention in the 2007 debates for his spirited, humorous and unorthodox style, becoming an internet sensation. A youtubevideo of Gravel's debate responses was viewed 226,000 times and his website garnered more traffic than Hillary Clinton, Barack Obama or John Edwards.

However, following low standing in the polls, he left the Democratic Party to run as a Libertarian, and was unsuccessful for that party's nomination as well.

In 2014 Gravel became CEO of KUSH, a marijuana products company, and has continued to speak out publicly on issues.

March 8, 2021 Yesterday marked the 56th anniversary of “Bloody Sunday,” when a 25-year-old John Lewis and some 600 peaceful civil rights marchers were brutally attacked on the Edmund...