Three states are holding Governor's races this November, along with other statewide contests that could have an important impact on the shape of future congressional and legislative districts. 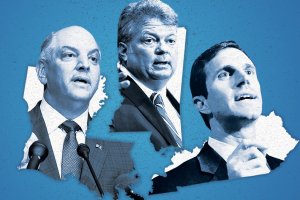 In the Bluegrass State, Attorney General Andy Beshear (D) is challenging incumbent Governor Matt Bevin (R), bringing to a head a bitter rivalry between the two that began when both were elected in 2015. Libertarian John Hicks is also in the race.

Beshear, 41, and son of former Governor Steve Beshear (D), has filed multiple lawsuits against Bevin during his tenure, including over education and healthcare issues, the two key issues in the race.

In Kentucky, redistricting is controlled by the state legislature and subject to veto by the Governor.

Prior to Bevin, Democrats held the governorship for 16 of the previous 20 years. Democrats have also held the Secretary of State's office for the last nine years and the State Attorney General's office since 1948. 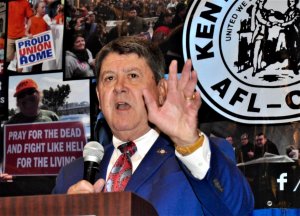 Stumbo, 68, served 30 years in the Kentucky General Assembly and four years as State Attorney General from 2004 to 2008. He has received the endorsements of the Louisville Courier-Journal and the Lexington Herald, but faces a tough contest in a seat his predecessor, Beshear, won in 2015 by a margin of 50.1% to 49.9%.

Cameron, 33, has come under fire for his lack of experience, having served as a law clerk for most of his career before entering private practice, but has the public endorsement of President Trump, who won Kentucky with 62.5% of the vote.

Edwards, 53, was elected in 2015, is the only Democratic governor in the Deep South, having defeated former US Senator David Vitter (R) for the office in 2015. 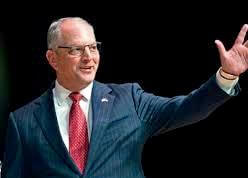 Risponse, 70, a businessman and former national chairman of the Associated Builders & Contractors, has been endorsed by Trump, who won the state with 58.09%.

Louisiana's unique political process has long served as a battlefield between the parties. In 2011 Republicans took control of the state legislature for the first time since Reconstruction, and now maintain majorities in both houses.

Republicans won all statewide offices outright in the October open primary, with the exception of  Secretary of State, where Democrat Gwen Collins-Greenup will face Republican incumbent Kyle Ardoin.

In Louisiana, redistricting is controlled by the state legislature and subject to veto by the Governor. 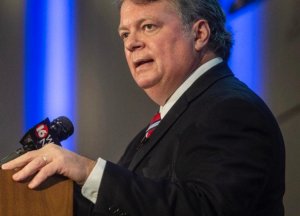 First elected AG in 2003, Hood has election to each of his four terms by a margin of 10% points or more.

Reeves has served as Lieutenant Governor of Mississippi since 2012, and previously served as the State's Treasurer, the first Republican to do so in state history.

In the heated contest, Hood released the results of a September report investigation alleging criminal and civil violations by Reeves regarding the misallocation of state funds, while Reeves countered the investigation was an abuse of Hood's power as AG.

In Mississippi, a candidate must receive a majority of the popular vote and must win a majority of Mississippi's 122 state house districts. If no candidate fulfills both requirements, the Mississippi House of Representatives -- currently controlled by the Republicans 74-44 -- selects the winner.

In May, four voters, backed by the National Democratic Redistricting Committee, sued to overturn the procedure for electing the governor, alleging the Jim-Crow era law discriminates against black candidates. 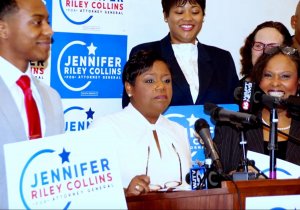 Jennifer Riley Collins is running an historic race in Mississippi

In the Attorney General's race to replace Hood, Democrat Jennifer Riley Collins, a decorated army-veteran, civil rights attorney and former Director of the state ACLU, is running to be the first African American woman elected statewide.

Collins is running against State Treasurer Lynn Fitch, first elected in 2011. Fitch has said she will utilize the AG's office "to defend Mississippians from Washington overreach, such as taking Obamacare to the Supreme Court," and to make the state "more business-friendly."