While the coronavirus pandemic has shined a light on the role and powers of governors, with just eleven gubernatorial seats up in 2020, including nine incumbents running for reelection, little attention has been given to the races in play.

The Office
As a state's highest-ranking elected official, governors are administrators of their state, responsible for dictating policy, overseeing the budget, agencies, military forces and its executive branch.

The power of each governor varies with each state constitution, depending on his or her veto power over legislation and the official body that draws the state's electoral map in redistricting.

As chief executive of his or her state, a governor is more similar to a US President, but on a smaller state scale (and why serving as Governor is considered the best training ground for the White House).

Politically, Governors are more independent, in practice, and in the eyes of the voters. There are twelve states where both state legislative chambers are controlled by one party, but have elected Governors of a different party. 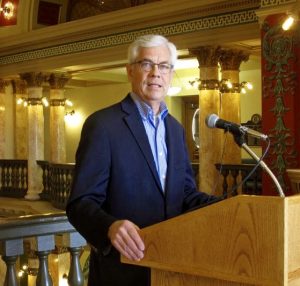 Although only four gubernatorial seats are competitive in 2020, their significance goes beyond just the race for the governor's mansion.

In Play
Montana
Unquestionably the most competitive governor's race is Montana, where incumbent Democratic Governor Steve Bullock is term limited.

Although Montanans gave Trump a 20 point victory in 2016, they have backed a Democrat in the last four gubernatorial elections.

Bullock, who won reelection by 4% in 2016, is also on the ballot again, in a dead heat contest to unseat first-term Republican US Senator Steve Daines. 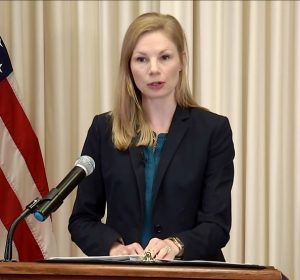 Parson is being challenged by Missouri State Auditor Nicole Galloway who was appointed in 2015, and was elected to a full term in 2018, defeating her challenger by 6% of the vote.

In Missouri, which Trump won by 18.5% in 2016, the Republican-controlled state legislature is responsible for congressional redistricting but subject to gubernatorial veto, making this an important target for Democrats to flip.

New Hampshire
While incumbent Republican Chris Sununu is favored to win reelection, New Hampshire, which Hillary Clinton won by only 0.4% is considered a presidential battleground state.

Democrats control the legislature, having flipped both state chambers in 2018, and hence control drawing the new congressional and state legislative district boundaries. That map, however, is subject to veto by the governor.

Sununu, who was first elected in  2016 with 49%, and reelected in 2018 with 53%, is being challenged by State Senator Dan Feltes who, at 41, is also the youngest Majority Leader in New Hampshire history. 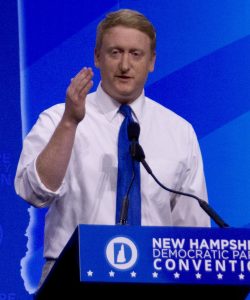 Incumbent Democratic Governor Roy Cooper, who unseated Governor Pat McCrory (R) in 2016 by 0.2%, is being challenged by Dan Forest, the state's lieutenant governor, who was re-elected in 2016 with 52% of the vote.

North Carolina, which Trump narrowly won in 2016, is a battleground state, where Democrats broke Republican supermajorities in both the State Senate and the State House in 2018 and are targeting control of the legislature, which has full control of redistricting, in 2020.

Republican US Senator Thom Tillis is also on the ballot in one of the tightest reelection contests of 2020, where is he running neck-and-neck with Democratic challenger Cal Cunningham.

July 17, 2018 This morning, as I prepared to write today’s Daily, an incredible thing happened. I was working at home and my dog, Jia, started barking. From the window there didn’t...