While the focus of the 2021 "off-year" elections may be on the two gubernatorial elections in New Jersey and Virginia, there are also three state legislative chamber battles and at least five special elections for US congressional seats.

Equally as important, however, are the hundreds of other statewide, legislative, initiative, municipal and local elections up in 40 states.

ON THE BALLOT
The 2021 Elections

Check the ballot in your state for upcoming primary and special elections. Make your vote count!

Municipal Officials include elected mayors, city council members, and other elected officials from cities, towns and townships to villages and boroughs of all sizes.

There approximately 1,400 mayors across the United States that represent cities with a population of 30,000+, over 500 of which are up in 2021. Major city mayoral elections this year include New York City, Atlanta, Boston, Detroit, Miami, New Orleans, St. Louis, San Antonio and Seattle.

Ballot Measures: In addition to local ballot measures, four states - Colorado, California, Pennsylvania and Rhode Island - have statewide ballot measures up in 2021. Initiatives, however, are still being introduced, and usually total an average of 24 certified measures in "off," or odd-numbered years.

In addition, there are 29 legislative special elections in 16 states scheduled to-date, less than half of the off-year average of 88.

Governors: There are only two gubernatorial races up in 2021. In New Jersey, incumbent Democrat Phil Murphy is running for reelection to a second term. In Virginia, a large field of candidates are running to succeed Democratic Governor Ralph Northam, who is term-limited. 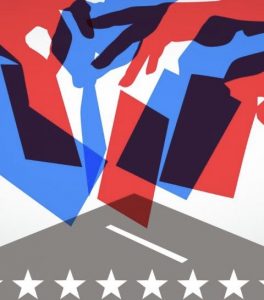 Know What is On the Ballot in Your State (InHigherEd)

There are five scheduled or pending US House special elections for vacancies in Louisiana's 2nd and 5th Congressional Districts, New Mexico's 1st CD, Ohio's 11th CD, and the 6th District in Texas.

Find Out What's on Your Ballot!
More About Democratic Municipal Officials
DemDaily: The 2021 Governors Races 2/26/21
DemDaily: Pending In The House 2/17/21