In addition to the California recall, there are a number of municipal elections up next Tuesday, September 14th, including the contested mayoral elections in Boston and Cleveland. 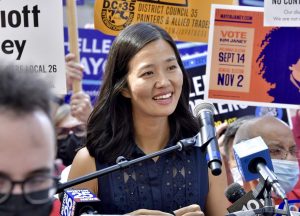 Who will be challenging Wu in November? (Boston Globe)

The contest for Boston's next Mayor is already a historic one, with the most diverse field in the city's history running to succeed two-term Mayor Marty Walsh, who resigned March 22, 2021 to become US Secretary of Labor under President Joe Biden.

In the officially non-partisan primary, next Tuesday's election will determine the top two contenders who will go on to run in the November 2nd general election. With the major candidates all identifying as Democrats, however, Boston's near-century long record of electing a Democrat to the city's chief office is all but guaranteed to continue.

As all five of the major candidates identify as people of color, four are who are women, the city will be breaking its streak of previously electing only white men as mayor. 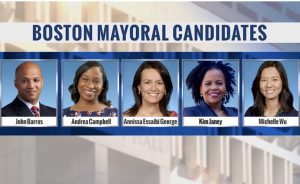 Massachusetts state representative Jon Santiago withdrew in July and endorsed Janey, and two other candidates, Robert Capucci and Richard Spagnuolo, are also on the ballot.

In the fundraising race, Janey was leading with more than $1.5 million raised since January, followed by  Campbell, at $1.4+ million, and Wu and Essaibi George, both at $1.3+ million.

In another first for a mayoral election, due to the coronavirus pandemic, all Boston residents are able to cast their ballots by mail. 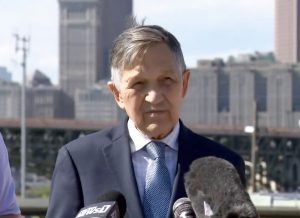 Incumbent Mayor Frank Jackson (D), the longest-serving mayor in Cleveland's history, is not seeking re-election, making it the first election without an incumbent on the ballot in Cleveland since 2001.

While the race is officially nonpartisan, the two candidates who receive the most votes in the primary will advance to the general election on November 2, 2021. All seven candidates are Democrats, however, ensuring the office continues its three-decades-long history of Democratic control.

The frontrunner is former eight-term Congressman and former presidential candidate Dennis Kucinich, followed by a close pack of contenders for what is expected to be the second spot. 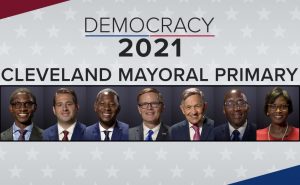 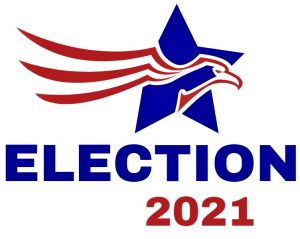 The September 14th Helena, Montana Mayoral Primary was canceled as incumbent Wilmot Collins (D) has only one opponent, Sonda Gaub. Collins, the first black person to be elected the mayor of any city in the history of Montana, and Gaub, as the two candidates, automatically advance to the November 2nd general election.

Next Up!
September 21: Annapolis, Maryland Mayoral Primary
October 5: Juneau, Alaska Mayoral General
October 5: Durham, North Carolina Mayoral Primary
Postponed: Due to the delayed release of the 2020 block-level data by the US Census Bureau, the North Carolina legislature passed a bill postponing the 2021 municipal elections to 2022. It affects elections in at least 35 municipalities, including Charlotte, Durham, Greensboro, and Raleigh. The Durham mayoral primary is still proceeding, however.

Our DemList Weekly Convention Roundup on information, events, logistics and happenings at the Democratic Convention