As the Senate begins the second impeachment trial of Donald J. Trump this week, trackers and pundits are counting the votes in what seems an uphill battle to convict the former president.

The significance of the trial, however, goes beyond the expectation of a conviction or acquittal, but to the need for accountability in the eyes of the country, for Trump's grievous betrayal of his oath of office and "pursuit of power at all costs."

Senate Majority Leader Chuck Schumer announced today that all parties have agreed to a fair structure for the trial, which includes 16 hours for each side to present their case and the potential for a debate and vote to call witnesses. 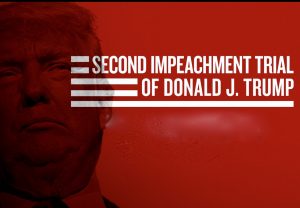 The trial is expected to run through next week, with a break Friday afternoon through the weekend in observance of the Sabbath.

This morning. Trump's attorneys submitted their pre-trial defense brief, which focuses largely on challenging the constitutionality of the trial itself.

While the overwhelming consensus of now over 145 constitutional scholars is that these arguments are without merit, the theory is one that is likely to be used by many GOP senators as cover for avoiding condemnation of Trump's misconduct leading up to and during the January 6th insurrection.

Although using the argument as an escape may help them avoid the immediate political consequences, it is difficult to avoid the fact that these Senators were first-hand witnesses to Trump's crimes and, in fact, are trying the case from the actual crime scene.

Regardless, their constituents will be the ultimate arbiters of their fate - which is why the American public must know all the facts. 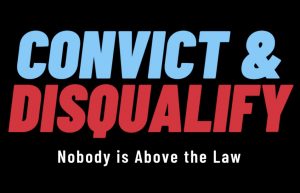 Take Action!
Call your Senator: StandUpAmerica
Target Senators on Social Media
Send an Email to Colleagues and Constituencies
Write a Letter to the Editor
Join The Coalition: NotAboveTheLaw
Join the Mobilization Call Tonight at 8:30pm ET with actress and activist Alyssa Milano, Congressman Jason Crow and others. #ConvictandDisqualify

While the House impeachment required a simple majority vote, it will take a "supermajority" of two-thirds, or 67 Senators, to vote to convict Donald Trump. That means, if all 50 Democrats vote to convict Trump, 17 Republicans would have to join them in voting for conviction for it to pass. 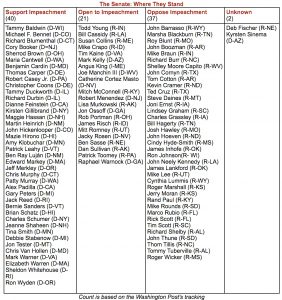 DemDaily: COVID-19 and Our Pets

March 27, 2020 Amidst, and above in some cases, the concern for our own safety, is that of our pets. While the novel coronavirus continues to claim human lives worldwide, there is conflicting...